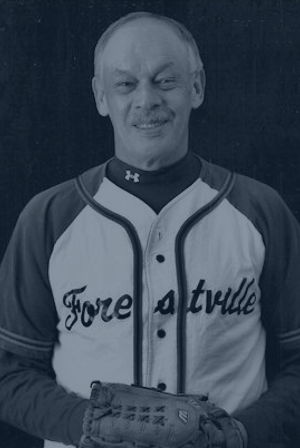 Silver Creek’s Al Muck has enjoyed a lifelong love affair with sports, which has provided him with a sizable collection of wonderful memories.

Muck, who was born in Buffalo in 1944, shined at Forestville High School in football, basketball and baseball. On the diamond, he posted a 9-2 record over two seasons in 1961 and 1962. He also pitched five no-hit, no-run games and averaged 15 strikeouts per contest.

Muck was the quarterback of the football team and also was the captain and high scorer on the basketball team, which earned him first-team honors in Class C in his sophomore, junior and senior years and he was named to the Sun's Southern Tier Dream Team in 1961-62.

He also played County Grape Belt baseball, racking up a 9-3 record over two years, tossing a no-hitter against Ripley and pitched Ellington into the finals of the county American Legion league.

Muck moved on to the professional ranks in 1962, signing a contract as a pitcher with the Kansas City Athletics farm system following his high school graduation and played for Daytona Beach, Lewiston, Burlington and Shelby over four seasons, recording a record of 21-22 and an ERA of 4.02.
Al Muck

Years later, in 1996, he helped to resurrect the Forestville baseball team and was nominated as the coach of the year in 1997.

Muck also had a love of hockey and he was a founding member of the Northern Chautauqua County Youth Hockey Association where he also was a long-time member of its board of directors. He also founded the Northern Chautauqua County Hockey Referees Association and was a hockey coach and referee through all youth and adult levels as well as spending time as a Little League and Babe Ruth coach.

Muck also played adult-league football and hockey into his 40s and served as a referee in each sport for many years. He continues to play baseball in the 50-plus Jamestown and Area Oldtimers League and on the 58-plus Girard, Ohio team. 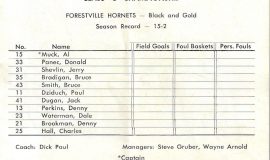 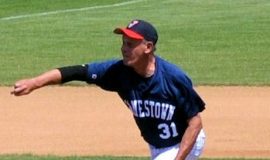 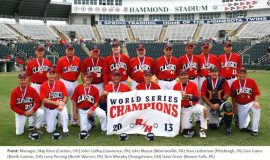 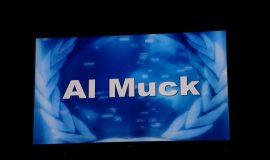 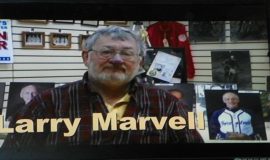 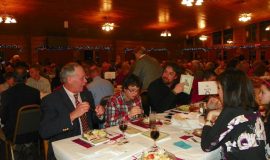 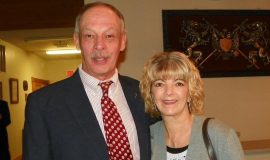 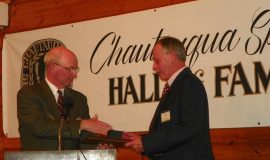 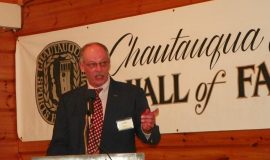 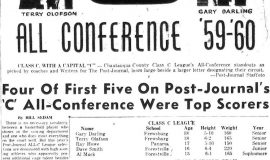 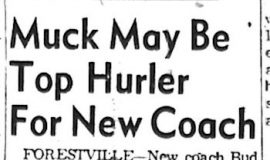 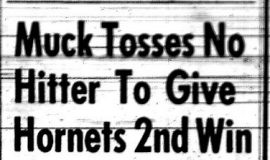 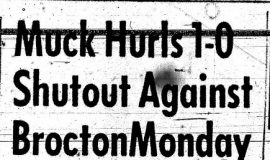 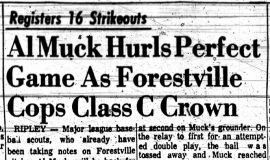 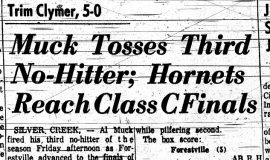 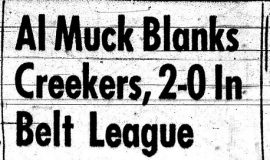 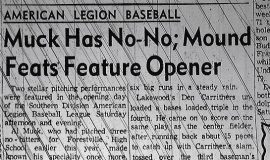 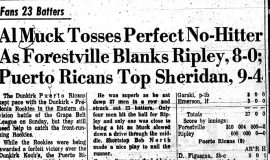 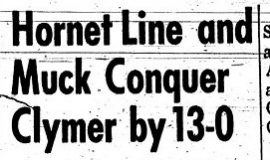 Al Muck is introduced at the CSHOF induction banquet by Larry Marvell.

Al Muck accepts induction into the CSHOF on February 17, 2014.