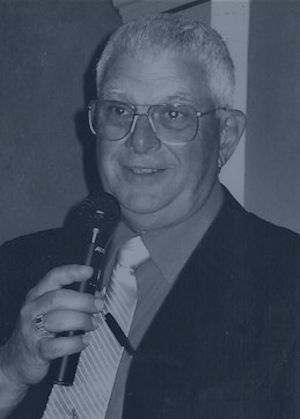 EDITOR'S NOTE: The following article originally appeared in The Post-Journal on January 16, 1990.

One might say that the Falconer Golden Falcons are having the kind of season that was expected of them.

Coming off a 13-1 campaign last season, Falconer was installed as the No. 1 small school in Wrestling Review of Western New York's preseason poll.

And, so far this season, the Golden Falcons have done nothing to endanger that status, breezing through one of the toughest schedules in Section VI.

But what may be overlooked is that Coach Bill Davenport may be doing his best job of coaching in his 19-year career.

Faced with injuries to several key performers, Davenport has authored a textbook on how to transform adversity into an advantage.

Davenport has juggled his lineup with the flare of a chess grandmaster, skillfully integrating members of the junior varsity into the starting lineup, and moving wrestlers up in weight classes to compensate for the loss of Jeremy Tanner and Corey Harrison - two mainstays of last season's Division 1 championship squad.

David Brainard has been an especially valuable member of the Golden Falcons. Wrestling primarily at 119 pounds last season, Brainard has been called upon to wrestle at 126 or 132 almost exclusively this season, managing to keep his undefeated record intact despite meeting some of the most talented wrestlers in the area.

He has guided the Golden Falcons to victory over the likes of Southwestern and Fredonia - both rated in the top 10 among small schools - and Niagara-Wheatfield - No. 3 among large schools and a winner over top-rated Lockport earlier this season.

"I've always believed that if you have a quality kid, you use him," he said. "The kids know that's the way I coach. For the most part, they accept it. Most coaches don't like to do it. They go with a set lineup and that's what they do."

"But we like to move kids around. They might have to take some losses, but sometimes it makes a difference in matchups. Many times it determines which team is going to win or lose."

It made a big difference two weeks ago against Niagara-Wheatfield. Davenport moved both Brainard and Derek Abbey up in weight and they both came through with important victories as Falconer prevailed, 27-23.

Even more gratifying than the win - which avenged a narrow home loss to the Falcons last season - was the way his team pulled together.

"I have a great group of kids this season. I told them before the Niagara-Wheatfield match that we were wrestling one of the top teams in Section VI. If we wrestle here well, it gives us an idea how we stand in the section. The team really pulled together and gave a great team effort."

Characteristically, that's how Davenport judges the success of any given season - not where his team is in the rankings at the end of the season, but how the members of the team feel about themselves and one another.

"I'm very strong on (the) 'team' concept," Davenport said. "If we can instill a sense of discipline, teamwork and respect of others, then I feel we've been successful. It's nice to win, but in a couple of weeks, who really cares? I get more gratification if we can teach a kid something that will help them down the line.

"Polls add some interest to the sport, but with polls you have to decide what you're looking for; are you looking for the team with the best record or the best team?"

Davenport was the head coach at Falconer for 19 years (1971-1990) where he compiled an overall career coaching record of 229-17-1 with eight league titles, seven second-place finishes and three undefeated seasons (1980, 1983 and 1990). During that time, he coached 16 Section VI champions, 50 place-winners and seven New York State place winners. Under Davenport's leadership, Falconer was the top-ranked school in Western New York in 1987 and the No. 1-ranked small school in 1990. For those efforts, the Golden Falcons were selected as the varsity wrestling "Team of the 1980s" in Western New York. Davenport also served as assistant chairman of the Section VI Wrestling Committee for many years and the Section VI Wrestling chairman from 1996-2000.

Among his other honors, Davenport was named the 1983 Western New York wrestling coach of the year and the 2000 New York State Coaches Association Coach of the Year. He was also instrumental in the formation and promotion of Kids Wrestling in Falconer with wrestling camps, tournaments, clinics and officiating.

In addition to his wrestling successes, Davenport was also a tremendous football and youth baseball coach. On the gridiron, he was best known as a varsity assistant/defensive coordinator for head coach Bill Race (1981-95), served as Falconer's head coach (1996-99) and Cassadaga Valley's assistant coach (2001-2009). 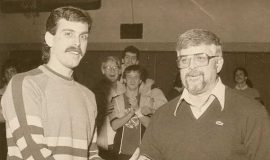 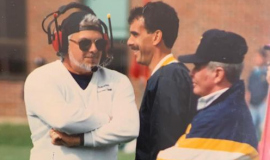 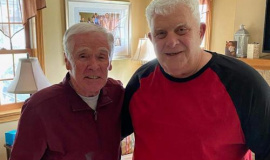