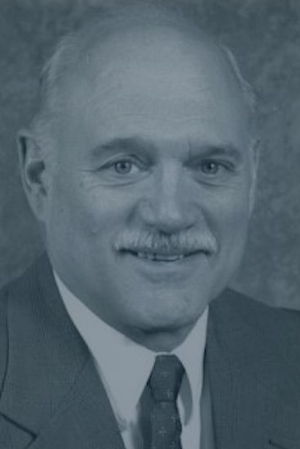 Bill Radack
b. 1937
Category
Swimming
Year Inducted
1997
Swimming is the sport where Bill Radack has made quite an impact. Radack was an All-American swimmer while at Jamestown High School and then he was a four-year letterman at Ohio State University and has since established several records in the Masters Division.

Swimming was first introduced at JHS by C. Richard Bower in the school year of 1954-55 and Radack became the star of that team, which had only three official meets but posted a 2-1 record. Radack's top accomplishment was breaking the 18-year-old pool record at North Tonawanda in the Section 6 Meet. He was timed in the 100-yard backstroke trials in 1:02.8 and that clocking was enough to make him the first Jamestown All-American. The next All-American to come from Jamestown was Carl Carlson in 1995. In the second meet of the year against Erie Tech, Radack broke the pool record of 1:03.1 and later in the home pool at the YMCA he tied the pool mark in the 40-yard freestyle, the 160-yard individual medley and the 100-yard backstroke.

Besides competing in swimming, Radack played football for three years, junior varsity basketball and varsity track for one year. After graduation in 1955, Radack earned an athletic scholarship to Ohio State University and had a fine career there before graduating in 1960.

Radack started competing in the Empire State Games in 1984 and consistently won gold medals. Along with Debbie Peters, he was instrumental in establishing the local YMCA masters program. He participated in the annual Battle of the Businesses and helped out at the Bemus Point Triathlon in 1990. 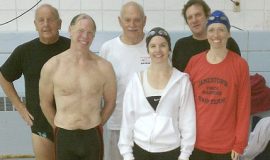 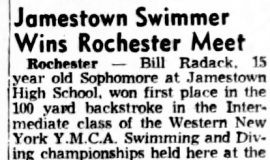 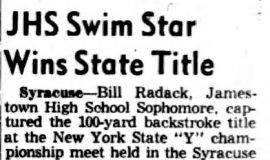 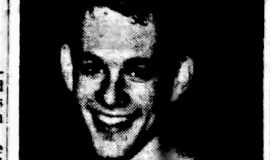 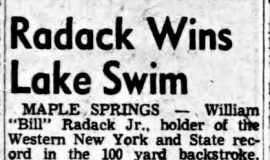 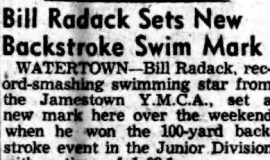 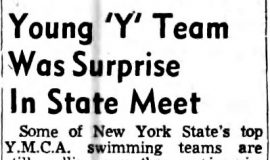 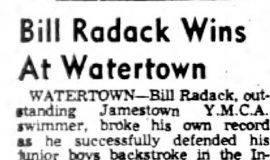 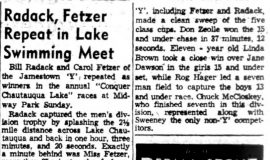 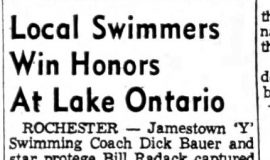 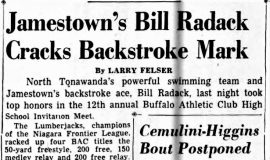 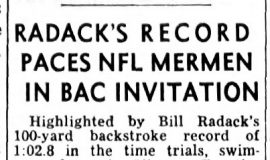 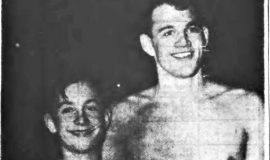 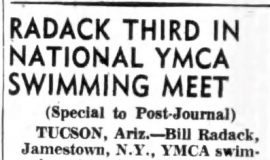 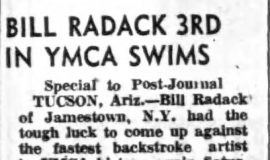 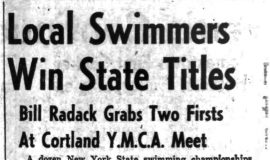 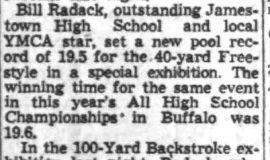 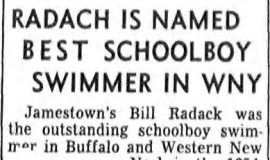 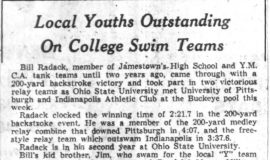 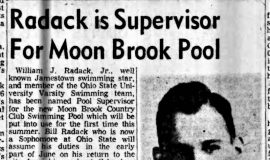 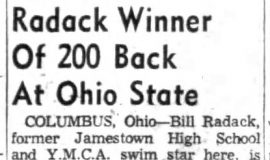