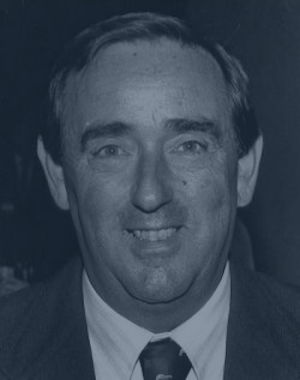 Bob Gunnell has long been recognized as not only one of the top golfers in Chautauqua County, but also in Western New York and Florida.

Nicknamed the “Gunner,” Gunnell was born in Jamestown on January 25, 1934, and has lived all his life in Chautauqua County.

As a member of Chautauqua Golf Club, in October 1990, Gunnell earned one of two berths for the United States Golf Association Senior Amateur Championship in Carefree, Arizona. He earned the berth by sinking a 20-foot sudden-death put on the 360-yard, No. 2 hole in the qualifier at Clarence’s Brookfield Country Club. At the USGA Senior Amateur, Gunnell won his first match before being eliminated in his second match.

He subsequently qualified for two more US Senior Amateur Tournaments in 1994 and 1997.

Gunnell, who is a scratch golfer and who has recorded 14 holes-in-one during his career, the most recent at the age of 88, has made seven appearances in the New York State Amateur, placed fifth in the Florida State Seniors and played twice in the Porter Cup Classic at Niagara Falls Country Club.

In Chautauqua County, Gunnell has won multiple Club Championships at Chautauqua Golf Club, Moon Brook Golf Club and South Hill Country Club. He holds the course records at the Chautauqua Lake Course with a 62 and at South Hills with a 64.

In Pennsylvania, he has won the Club Championship at Jackson Valley Country Club and shot a course record 64 at Cable Hollow and a 65 at Blueberry Hill, both golf clubs near Russell, Pa. and a 63 at North Hills in Corry, Pa.

Gunnell graduated from Jamestown High School where he was a member of the baseball, basketball and bowling teams. Gunnell made his varsity baseball debut as a sophomore by hurling a 14-0 no-hitter with nine strikeouts and only three walks against Westfield. Known for his tough curveball and fastball. He finished his high school career with a 15-1 record.

In bowling, Gunnell had a 195 average and one year had the highest game (225) and series (552) at the Chautauqua County League meet held at Lakewood Alleys.

Gunnell had a tryout with the Brooklyn Dodgers, but later signed with the Philadelphia Phillies and was sent to Pulaski, Virginia in the Appalachian League. As a rookie in 1953, he made his debut in relief by throwing 3-1/3 innings, allowing an unearned run, striking out three and walking two in a 7-6 no-decision loss to Wytheville in the season opener. He also hit a double in his lone at-bat.

When not playing baseball himself, Gunnell did his share of managing youth baseball teams and took the International League All-Stars of the Jamestown Little League to within four outs of going tom the Little League World Series.

Gunnell also managed the Mt. Moriah squad in the Jamestown Little League for five years with Duane Shaffer. He then managed his son Robbie’s Lakewood Red Sox team to three straight titles in the Southwestern Area Cub League and also managed in the all-star game. After that, he managed the Giants in the Southwestern Area Lions League for three years, including one undefeated season.

Bob was elected to the Society of Seniors in 1984 and the Chautauqua Sports Hall of Fame in 1991.

In 2021, now at the age of 87, the Gunner plays golf regularly and still shoots around par. 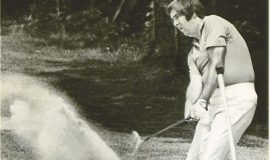 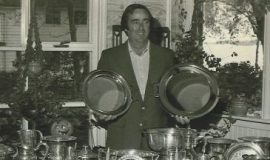 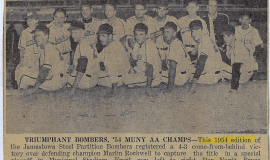 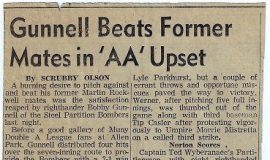 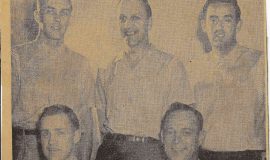 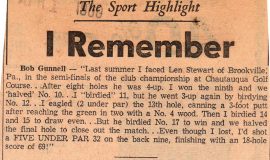 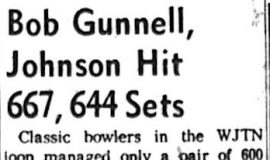 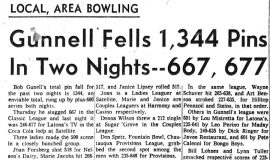 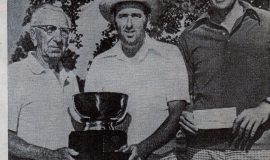 Another Leg On Trophy. Post-Journal (Jamestown), 1973.