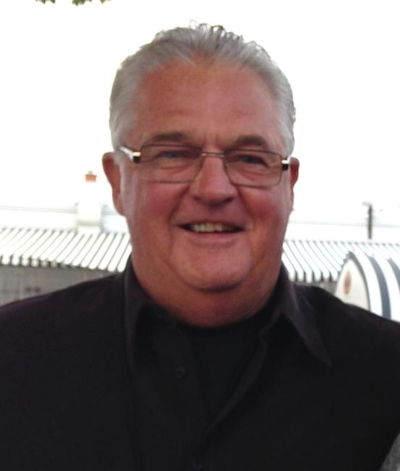 Born Jan. 16, 1951, in Salamanca, N.Y., he was the son of the late Charles “Bud” and Dorothy Solarek Crist. He was married on July 10. 1970, at the former St. Patrick’s Roman Catholic Church to the former Patti France, who survives

Chuck was a graduate of Salamanca High School, class of 1968, where he was a star athlete, playing football, basketball, baseball, and track & field. He was named Most Valuable Player for all four sports. He attended Penn State University, where he played basketball with the Nittany Lions, and graduated in 1972. He was an undrafted free agent into the National Football League by the New York Giants in 1972 as a defensive back, and went on to play for the New Orleans Saints, where he was the 1977 Defensive MVP, and the San Francisco 49ers.

After retirement from the NFL, Chuck worked as the assistant coach with the Cattaraugus Central School from 1983-85 and the Alfred Saxons football team from 1985-91. He then moved back to Salamanca and was employed with the Salamanca City Central School, serving as principal for Seneca Elementary until his retirement in 2015.

Chuck enjoyed spending time with his family, especially his grandchildren and attending their sporting events. He enjoyed traveling with his wife, spending their winters in Hilton Head, S.C., and visiting lifelong friends. He had a passion for the game of golf.

For all that knew and loved him, please know how hard he fought to stay here and be with us.

Private funeral services will be held at the convenience of the family.

Due to COVID-19, a celebration of a life well lived will be held at the convenience of the family and will be announced.

In lieu of flowers, the family suggests memorials to the Chautauqua Sports Hall of Fame, Box 1192, Jamestown, NY 14702, in Chuck Crist’s name.