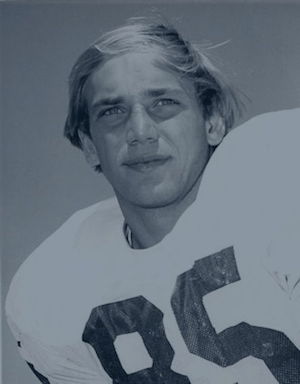 Graf was born on August 5, 1953 in Dunkirk to David and Arlene Graf of Dunkirk and was in the Dunkirk school system his entire career and graduated in 1971. Graf was an outstanding athlete in football, track and basketball at Dunkirk High School in the late 1960s and the early 1970s when the Marauders were one of the area's top sports programs. Graf received 10 varsity letters in high school with three each in football, track and basketball. His senior campaign (1970) saw the Marauders compile a 7-1 football record with the only loss being to Orchard Park in the final game of the season.

Graf was a standout at both offensive and defensive ends and was named All-State and All-Western New York. He played on a 19-2 basketball team and twice won the Section 6 championship in the long jump.

After graduating, Graf decided on Penn State where he eventually majored in accounting and was an honor student. He was recruited by Penn State football coach Joe Paterno and had a top-flight three-year career by starting 34 games in a row as either defensive end or tackle.

Graf had between 10 to 15 scholarship offers, including ones from Syracuse, Pittsburgh, Boston College and Miami of Florida in addition to Penn State. He settled on Penn State for its academics and being close to home. "If I had to do it all over again, I would still pick Penn State," said Graf.

Since freshmen weren't eligible in Graf's freshman season at Penn State (1971), he didn't have an opportunity to start his career until a sophomore in 1972. During those campaigns when he performed on three of Penn State's finest teams, Graf recorded 169 tackles with 96 assisted tackles and 73 being solos. His best year stats-wise was as a sophomore when he made 83 tackles, including 35 solos.

The next two seasons opponents stayed away from Graf as much as possible. His sophomore campaign saw the Nittany Lions compile a 10-2 season with a season-opening loss to Tennessee followed by 10 straight wins before losing to Oklahoma, 14- 0, in the Sugar Bowl.

Star running back John Cappelletti, who won the Heisman Trophy the next year in 1973, was unable to compete and his loss hurt Penn State a great deal. Oklahoma was led by All-American running back Greg Pruitt. "Oklahoma is the best team I have ever played against and Greg Pruitt is probably the best back I have ever faced," said Graf.

Penn State was ranked eighth in the nation that year and followed that up in 1973 with a fifth-ranked squad that was 12-0 and had a 16-9 Orange Bowl victory over Louisiana State University. Graf made a key defensive play against the Tigers by blocking a field goal.

His final season (1974) saw the Nittany Lions post a 9-2 record and a 41-20 Cotton Bowl victory over Baylor. Graf was an unheralded player, who did his job without much fanfare, and received the Unsung Hero Award from the coaches at the annual banquet.

The 1974 Penn State squad had plenty of pro prospects and 10 players were drafted, including Graf by the Cleveland Browns on the 17th and final round in 1975. His chances of making the Browns weren't good with 12 linebackers on the roster and having to learn a new position. But he was more than up to the task as he made the squad in 1975 as a special teams player and reserve linebacker. He stayed with the Browns for five years before finishing his career with the Washington Redskins in the early 1980s.

Graf has been active in Florida Big Brothers and the Miami Dolphins alumni that help various charities. 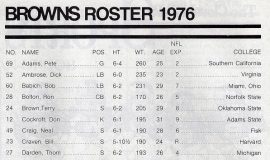 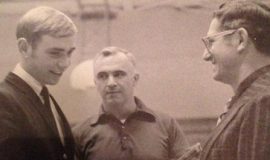 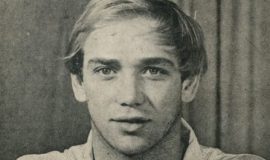 Dunkirk native Dave Graf, displays the watches he received for participating in the Sugar Bowl (1973), Orange Bowl (1974) and Cotton Bowl (1975). This photo was taken after Graf was drafted by the Cleveland Browns in 1975. OBSERVER File Photo. 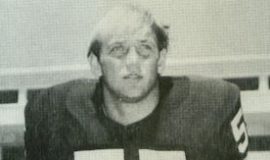 Dave Graf played for the Cleveland Browns for five seasons. 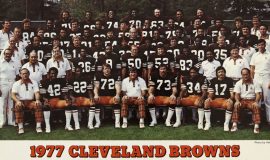 1977 Cleveland Browns. Dave Graf is in center of fourth row (in circle). 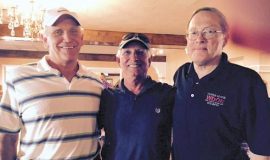 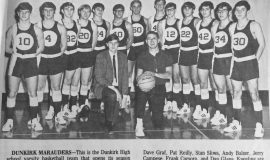 The undefeated Penn State 1973 Football Team gets introduced during halftime, September 7, 2013.
Dave Graf is introduced at 1:01