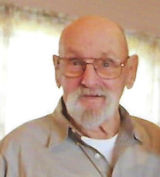 David A. Shaw, Sr., age 89, of Lakewood, N.Y., passed away Monday July 16, 2018 at home. He was born in Jamestown on Nov. 13, 1928 to Arnold Shaw and Harriett Shaw Groves. David is survived by two children; Brenda (Shaw) Mancuso (Russ) of Fredonia, N.Y. and David A. Shaw, Jr. of Lakewood, N.Y., grandchildren; Nicholas (Cathy) Vacanti of Westfield, N.Y., Heather (Greg) Sisti of Collins, N.Y., Erin(Kyle) Barthel of Forestville, N.Y. and Paul Overstreet of South Carolina; great- grandchildren; Christopher Vacanti, of Westfield, N.Y., Olivia Barthel, of Forestville, N.Y., Justin York, of Collins, N.Y., John Blynt of Dunkirk, N.Y. and A.J. Blynt of Georgia. Besides his parents, David is predeceased by his wife, Janice B. Shaw who passed away Feb. 16, 2015.

A man of many talents and interests, David raced at the dirt track at Daytona Beach in 1950 and 1951. He was a musician, (drummer), a model railroader (HO) and scuba diver. An avid and accomplished dog sled racer, he was inducted into the Chautauqua County Athletic Hall of Fame for dog sled racing. He was greatly loved and will be sadly missed. As per David’s request there will be no services. On-line condolences may be made at larsontimkofuneralhome.com. Arrangements by David J. Dengler.