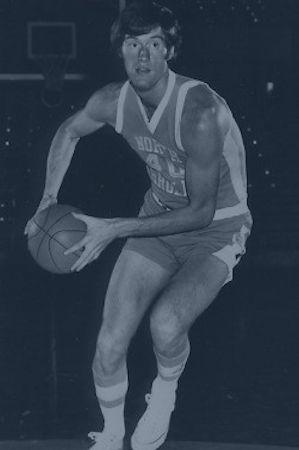 Before starring on the basketball court, Donn Johnston, born on March 29, 1951, in Jamestown to Mr. and Mrs. Donald Johnston, was a Jamestown Little League All-Star as well as a football player for the West Side Yellow Jackets of the Jamestown Area Midget Football League. He also played in the Jamestown Babe Ruth League and basketball at the YMCA.

The year before becoming just the second sophomore to make the Jamestown varsity, Johnston was the team's top scorer in leading Lincoln Junior High School (12-0) to the Chadakoin Valley Junior High Conference title.

The 1969 season was a memorable campaign for Johnston and the Red Raiders Coach John (Dutch) Leonard. Johnston averaged 25.5 points per game while scoring 434 points in 17 games in guiding Jamestown to the Section 6 Class AAA title with a lopsided win over Niagara Falls at Buffalo's Memorial Auditorium. He grabbed 17 rebounds per outing and his 1,201 points in three years was the school's career record.

The 6-foot-8 Johnston was named to the New York State Sports Writers Association's All-State Team and was recognized by Sunkist as one of the top 10 high school All-Americans in the country. That was a poll taken of 25,000 all-stars by college coaches and sports editors.

In addition, Johnston was a regarded as the top player in New York and had the highest academic records. He was also awarded a championship award by the New York State Public High School Athletic Association.

Johnston was a member of the National Honor Society and was an A student, who won a New York State Regents scholarship.

At the time that Johnston played, the Red Raiders were members of the Chautauqua-Cattaraugus Interscholastic Athletic Conference and he was selected an all-star in both his junior and senior years en route to being chosen an All-Western New York All-Star.

More than 150 colleges showed interest in acquiring Johnston's services and the University of North Carolina and Coach Dean Smith won out. Smith came to Jamestown to have Johnston sign the letter-of-intent.

As a freshman for the Tar Heels, Johnston received the Butch Bennett Award for being the most inspirational and was selected as an all-state starter on the Atlantic Coast Conference Freshman Team.

In 1972, Johnston was a member of a Final Four team that placed third with his teammates including Bob McAdoo, Bobby Jones and George Karl, who would all become National Basketball Association players. McAdoo went on to star for the Buffalo Braves, Jones was a defensive specialist for the Philadelphia 76ers and Karl played for the San Antonio Spurs and became a coach for several NBA teams. Jones and Karl were also Johnston's roommates and they were members of the 1971 NIT championship club.

Johnston also played with North Carolina when it played in Spain in the off season.

In his final season year of 1972-73, Johnston was the North Carolina co-captain and was captain of the Blue Team, which was strictly a defensive unit. Johnston went on to win the Foy Roberson Award as the varsity's inspirational player.

After graduating in 1973 with a bachelor of arts degree in political science, Johnston was off to Belgium to play professional basketball for one year. He was the top scorer in that league and led his team to a divisional title.

Johnston returned to the United States and began his quest for a masters degree in law, which he received in 1980 from Wake Forest University. He practiced law in North Carolina until he moved to the Philadelphia area in 1983 and became a principal in The Johnston Group, Inc., a fee-based financial consulting firm specializing in all aspects of financial planning and portfolio management. His designations include certified financial planner and registered investment advisor. 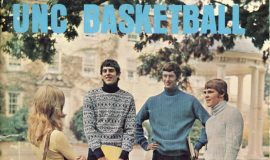 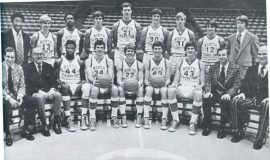 Donn Johnston is #40 in the front row with the 1972-73 University of North Carolina basketball team. 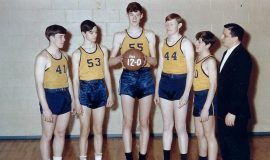 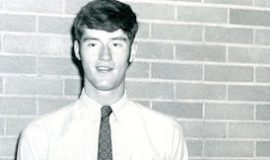 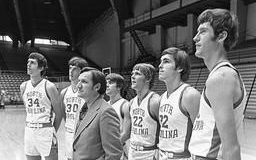 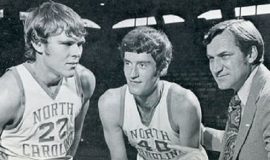 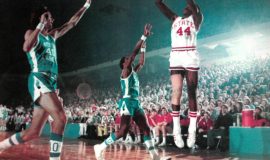 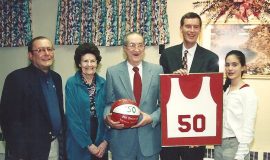 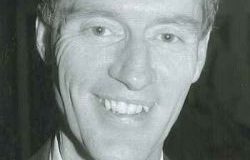 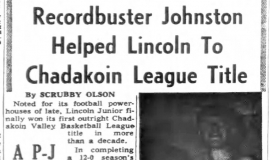 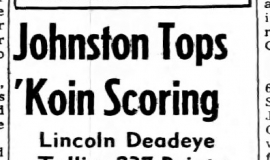 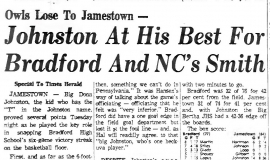 Johnston At His Best For Bradford And NC's Smith. Olean Times Herald January 22, 1969. 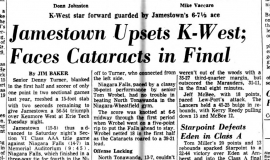 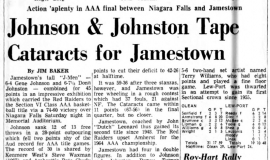 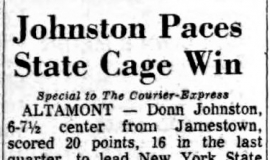 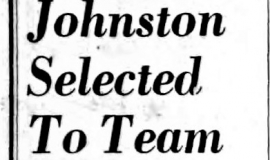 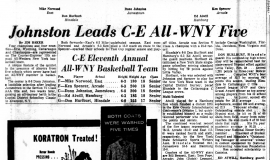 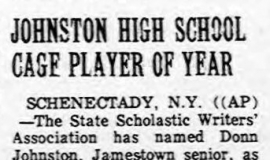 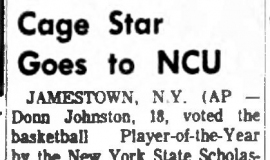 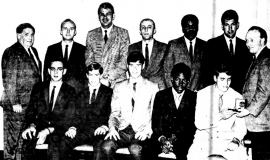 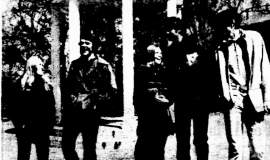