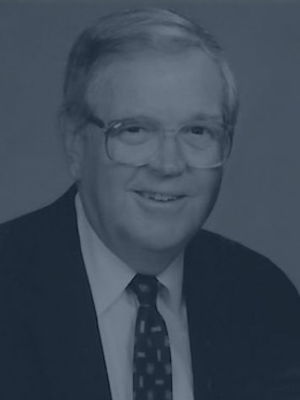 Edward Erickson
1923–2017
Category
Administrator
Year Inducted
2001
Edward "Bud" Erickson spent the first 17 years of his life in Chautauqua County, having been born in Dunkirk on March 12, 1923. He was involved in five sports during his years at Dunkirk High School, including football, basketball, track, volleyball and tennis, graduating in 1940.

He attended Duke University and played freshman football in 1941 and also attended Syracuse University before entering the Air Force during World War II. After the war, he attended Michigan State University and was the captain of the baseball team in 1948. He also received a recruitment letter from the Boston Braves, but did not pursue a professional baseball career. He stayed on at Michigan State after graduation for four years and became the school's assistant sports information director, a position he served in from 1948 to 1952.

Erickson then turned his attention to radio and provided statistics for Van Patrick, then the voice of the Detroit Tigers, during games. From there, he became the publicity director for the Detroit Lions and was promoted to assistant general manager in 1958.

By 1965, Erickson's organizational expertise took him to Atlanta, where he became the assistant to president Rankin Smith of the Atlanta Falcons. He also performed color commentator duties during game broadcasts.

In 1969, the Ladies Professional Golf Association was looking for an executive director and Erickson was tapped for the job during a period of growth and change for the organization. Thanks to Erickson's efforts, the LPGA stature in the golf world expanded, as did the purses the players were competing for. He was responsible for adding events such as the Colgate Dinah Shore Golf Classic and increasing the tour's national television exposure. Erickson remained with the LPGA until 1975, when he was released from his position during the Jane Blalock cheating incident. When he began with the LPGA, the tour purses were $600,000 and when he left the figure was up to $1.9 million.

His ties the game led to other opportunities. He managed the 1979 PGA Championship at Oakland Hills, was named as the executive director of the Golf Association of Michigan in 1980, served as the tournament manager of the 1985 U.S. Open and also served in a similar capacity for the 1991 U.S. Senior Open. In addition, Erickson served as the president of the Greater Atlanta Chapter of the Leukemia Society of America in 1968-69, and served on the society's board for many years. He also received a special award in 1981 from the Boys & Girls Clubs of Detroit for his support of youth activities. 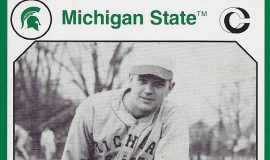 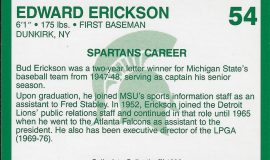 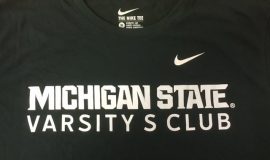 Michigan State University varsity club t-shirt - Bud was a letterman and captain of the MSU baseball team in 1948. 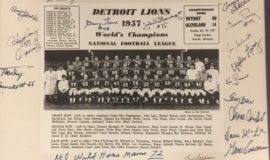 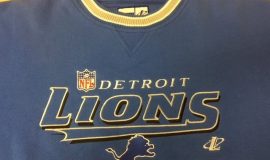 1957 Lions sweatshirt - Bud served as publicity director of the team. 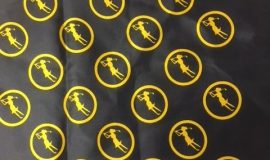 Dinah Shore scarf - Bud was the commissioner of the Ladies Professional Golf Association when the Dinah Shore Golf Tournament was added to the schedule. 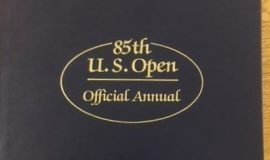 Annual book from the 1985 U.S. Open played at Oakland Hills (MI) - Bud was the tournament director. 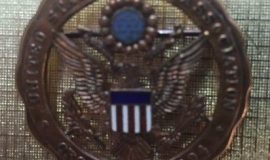 Pin from the 1985 U.S. Open played at Oakland Hills (MI) - Bud was the tournament director.