The Post-Journal
by Scott Kindberg
December 11, 2016 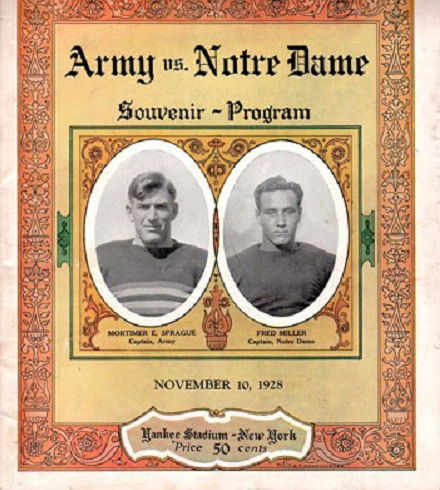 Eugene Mahoney. That name is listed in a link on the Jamestown High School football website, just above the names of two all-time great Red Raiders — Sam Restivo and Jim “Nate” Davis — and just below another all-timer, Jim McCusker, the only alum to play in the National Football League.

Restivo and Davis were contemporaries of mine. I graduated with Davis, an all-state running back, in 1979.

Restivo, who will be inducted into the Chautauqua Sports Hall of Fame in February, graduated from JHS in 1980 after an all-state career as a dominant linebacker/fullback.

Davis went on to the University of Michigan, coached by Bo Schembechler.

And, of course, McCusker (JHS Class of 1954), a charter member of the CSHOF, was an All-American at the University of Pittsburgh, played seven years in the NFL and won a championship in 1960 while a starting offensive tackle with the Philadelphia Eagles.

Until two weeks ago, I had no idea who the 1926 JHS graduate was. And now?

Well, his story gets more and more interesting seemingly by the day.

The Post-Journal — thanks to the efforts of CSHOF president Randy Anderson and CSHOF 2012 inductee Greg Peterson — has chronicled the journey that Mahoney made from his days as a Red Raider to his three years at the University of Notre Dame under legendary coach Knute Rockne.

Included among the items uncovered in a little more than a week are: an online letter from Rockne to Mahoney from August 1927; and a program — owned by Peterson — from the 1928 game between the Fighting Irish and Army in which Rockne delivered his famous “Win One for the Gipper” halftime speech at Yankee Stadium.

And, now, there is another online artifact to add to the list, uncovered by Mahoney’s son, Terry, who lives in Fredonia, and who passed it on as an attachment in an email to Anderson.

“Terry Mahoney, Gene’s son, called to tell me he found the alleged 1928 ND v. Army ‘Win One for the Gipper’ game ball,” Anderson wrote in an email. “See link above for more details. If you blow up the photo you will clearly see Gene Mahoney’s signature between 7-8 (o’clock). Rockne signed it just to the right and below the laces.”

The “details” were from the Robert Edwards Auction website, which chronicles the history of the ball from arguably the most famous game in college football history. While the auction house says it “cannot prove with 100% certainty that his football, signed by the entire 1928 Notre Dame National Championship team, including Knute Rockne, is the actual game ball,” it makes a pretty strong case why it is the historic pigskin.

“Whether this is, in fact, the actual game ball may never be known, or may always require a leap of faith,” the REA website notes. “It requires no leap of faith, however, to recognize this as an extraordinary and unique 1928 Notre Dame team-signed football, with an extraordinary story, and, very possibly, (a) most extraordinary significance to the history of the game of football. The signatures grade overall an ‘8’ on a scale of ‘1 to 10.’ The ball is in excellent condition.”

The connection that Mahoney has made nearly a century later between his hometown and the football program from South Bend, Indiana?