The Post-Journal
by Scott Kindberg
September 8, 2020

The nine teams that converged on Jamestown in August 1984 had yet to play a game in the Babe Ruth 16-18 World Series, but on the eve of the tournament’s first pitch they already had plenty to remember.

The players on those squads, hailing from Chautauqua County and from every corner of the United States, were among a gathering of nearly 1,000 people who turned out for the Banquet of Champions at Jamestown Community College.

When it was his turn to speak, the Hall-of-Fame outfielder and base stealer extraordinaire stood at the podium at the Physical Education Complex and figuratively knocked his comments out of the park. Upon learning of his passing at 81 Sunday night, I found The Post-Journal article from Aug. 18, 1984 that chronicled his appearance. Thirty-six years later, his comments — centering on the importance of mental toughness — still resonate.

“You look at those (superstars) and you say to them, ‘What makes you so special when you have the abilities the same as mine?'” Brock asked rhetorically. “Everyone of them will answer you with the same quote, ‘Because I’m mentally tougher.'” 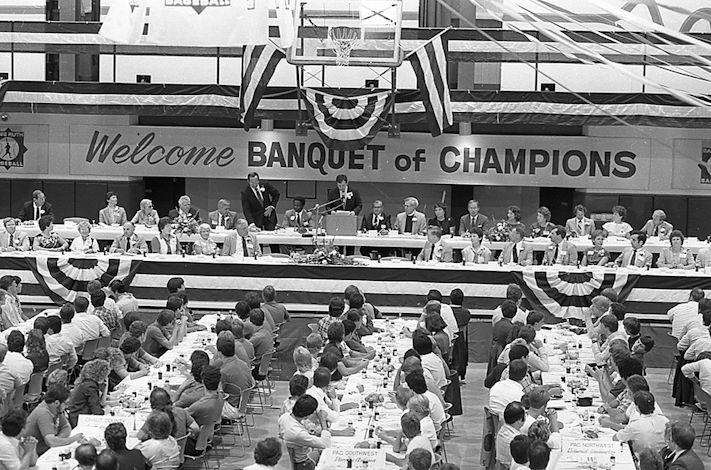 Brock then outlined other characteristics that an athlete needs to have in order to be successful, including self image; motivation from within; mental rehearsal; quality training; rhythm; concentration; accepting responsibility; persistence; lack of anxiety; and anticipation.

“It is important that you … remember to be a good athlete you must have good motivation and a good psychological climate about you, and you also must possess few hang ups. In other words, let’s have a good attitude about what you are doing.”

Prior to Brock’s speech, Cuomo, who spoke at the groundbreaking ceremonies earlier in the day for Bush Industries in West Ellicott, talked about the contributions of Babe Ruth.

“The Babe will always be remembered as one of the very greatest of the New York Yankees,” he said. “Ruth made baseball the popular sport it is today. He epitomized the qualities that make baseball the great American game. … His is the class of American success stories.

“There will be success stories unfolding here over the next week. … Everyone here will be a victor.”

For the record, the Chautauqua County host team came ever so close to winning both of its games, falling 7-6 to New Caanan and 1-0 to Kansas City, Kansas.

“At least I’m glad we made a tremendous showing,” Barone said. “We put on a show for two nights. The community can be proud.

“I want to credit the fans in Chautauqua County. They’re great. I’d like to thank them.”