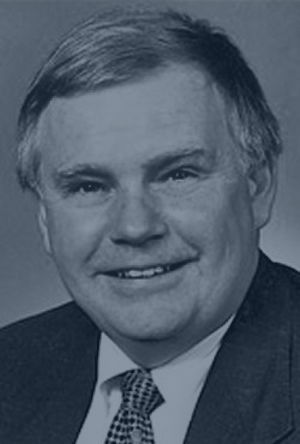 Greg Peterson
b. 1951
Category
Sports Historian
Year Inducted
2012
There are only a handful of people in this area who can truly be called "movers and shakers."

Without their vision, important connections and the ability to locate and utilize resources and motivate people to take action, much of what we enjoy as far as the local sports scene is concerned would not exist.

Greg Peterson is one of those very special people.

Peterson, a well-respected area attorney, has always been passionate about sports. For a number of years he's interviewed many well-known sports figures when they've come to Jamestown for an event or just a visit and has shared those sessions with everyone through Time-Warner Cable 8.

In fact, Peterson brought many of those figures to the Robert H. Jackson Center and opened those events to the public without charge.

But some of his best "work" was helping to bring minor league baseball back to Jamestown in the early 1970s when the then-Jamestown Expos took over College Stadium (now Russell E. Diethrick Park). He also played a big role in convincing Bob and Mindy Rich of the Buffalo Bisons organization to keep baseball in Jamestown by re-locating the Niagara Falls team to the city in 1994 and the Jamestown Jammers were born and remain the occupants of the big ballpark on Falconer Street to this day.Peterson was also a key factor in the growth and development of the Babe Ruth World Series, beginning in the 1980s. Thanks to his hard work, the series has remained a fixture in Jamestown for more than 30 years.

He also was the driving force behind the 1998 book Across The Seams, which chronicled the history of professional baseball in Jamestown and had collaborated on the production of two documentary films on the history of auto racing in our country: "Roll-O-Bowl" and "Stateline Speedway - The First Ten Years."

It's appropriate for Peterson to be inducted in the Chautauqua Sports Hall of Fame, since he's played an important role in its growth as a board member. He's also donated office equipment, participated in numerous events and shared his expertise, memorabilia knowledge and ideas.

He also lettered four years at Allegheny College as an offensive guard and center, was selected as a co-captain in his senior year and was received a national All Phi Delta Athlete award and was the winner of the Myford Award for outstanding athletics and academics. 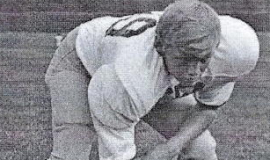 Greg Peterson during his senior year at Jamestown High School in 1968. 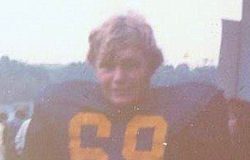 Greg Peterson during his senior year at Allegheny College in 1972. 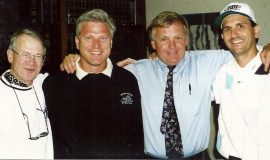 Greg (second from right) with MLB executives Pat Daughtery, Frank Wren and Dan Lunetta reminiscing about their years with the Jamestown Expos. 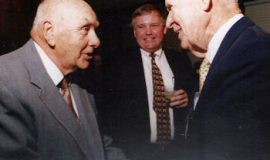 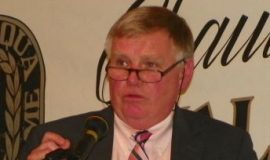 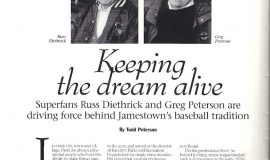 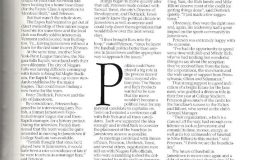 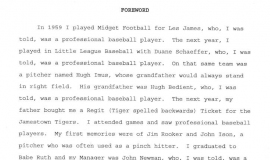 Greg Peterson's draft foreward for the David Mule's 1998 book Across the Seams. Page 1. 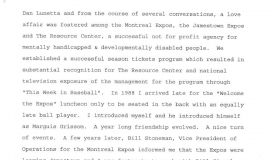 Greg Peterson's draft foreward for the David Mule's 1998 book Across the Seams. Page 2. 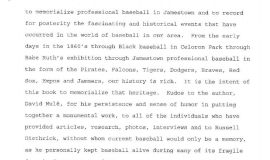 Greg Peterson's draft foreward for the David Mule's 1998 book Across the Seams. Page 3. 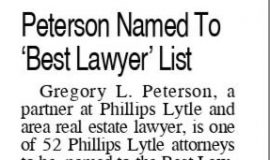