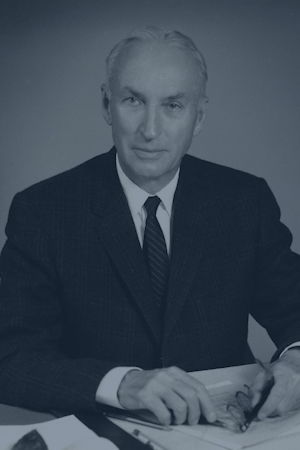 One goal of the Chautauqua Sports Hall of Fame is to shine a spotlight on those individuals who were born and lived in this county yet made important contributions in the world of sports in other places in the United States. One such individual is Harry G. Carlson, a member of the CSHOF Class of 2022.

Carlson was born in Jamestown in 1896 the son of Swedish immigrants. He attended the Jamestown Public Schools through age 16 and graduated from East High School in Cleveland, OH. He played baseball in high school. One time while playing for Jamestown High, he pitched against Chautauqua Sports Hall of Famer Howard Ehmke who was on the mound for Silver Creek.

Harry attended Ursinus College as a freshman where he played both baseball and football. He transferred to Springfield College where he earned a B.A. degree in Physical Education while playing baseball. Carlson also served in the U.S. Marines during World War I.

In 1920, he was a minor league pitcher for Evansville in the Class B Three-I League. The following year he was promoted to Class A New Haven in the Eastern League. He also spent time as a batting practice pitcher for the Cincinnati Reds of Major League Baseball.

When his playing career ended, Carlson became the football and baseball coach at Suffolk School in Massachusetts for one year, then the football, baseball and basketball coach at Connecticut’s Milford Prep for three terms. He earned an M.A. degree from Clark University in Mass.

In 1924 and 1925 he was employed as director of physical education and intercollegiate athletics at Hamline University. He also coached football and baseball at the Minnesota school.

Harry’s next job was at the University of Colorado where he would remain from 1926 until his retirement in 1965. He was the Director of Physical Education for 39 years and initiated the school’s intramural program.

He was the Director of Athletics for 37 years leading the Buffaloes from the Rocky Mountain Conference to the Mountain State Conference, to the Big Seven Conference and ultimately into the Big Eight Conference. He was once described as “an athletic purist in a sea of sinners.”

He also served as Dean of Men at Colorado for 26 years.

When Carlson retired from CU in 1965, the entire school year was designated “Dean Harry Carlson Year.” It was the first time in the school’s history that a full year had been dedicated to just one man – “because in an age when ‘honesty’ and ‘integrity’ were just words, Harry Carlson made them a way of life for thousands of young men.”

After retirement, Carlson served on the Board of Regents at the Boulder university for six years. 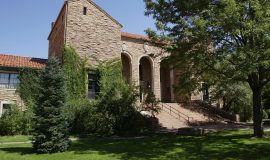 Renamed Carlson Gymnasium (at the University of Colorado Boulder) in 1976 after Harry Carlson.