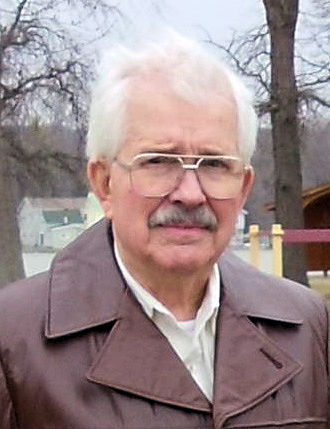 John H. “Jack” Lawrence, 89, of Jamestown, died Monday, Sept. 21, 2020, in UPMC Hamot.Growing up in Ellington, he was born May 14, 1931, in Jamestown, a son of the late George and Edith Raines Lawrence.He was a graduate of Falconer Central School and attended Alfred State University.

He served in the US Air Force from 1949-52 stationed at Manston Air Base as crew chief of maintenance on AT6 aircraft..

He and his wife of 65 years, owned and operated Motorsport Service which included a machine shop, foreign car repair shop and Saab car dealership. He was also a certified airplane mechanic.

In 1987, he was inducted into the Chautauqua Sports Hall of Fame honoring his long and storied career in Sports Car Club of America sanctioned races. He was an active driver for decades winning a national championship in 1983 and was runner-up in 1982.

Surviving are his wife, Patricia Cooper Lawrence, whom he married April 30, 1955; a sister, Mary Snyder of Kettering, Ohio; and nephews Tomas Wigren of Gerry, N.Y., Gene Cooper of Baltimore, Md., and Dana Cooper of Yardley, Pa.; and a niece, Gale Von Vaulkenbug of Atlanta, Ga.

No funeral service will be observed.

In keeping with the mandates associated with Covid 19 there will be a walkthrough visitation from 1-3 p.m. Sunday in the Lind Funeral Home. Face coverings and social distancing will be required while inside the funeral home.

Memorials may be made to a charity of choice.

You may leave words of condolence at www. lindfuneralhome.com.