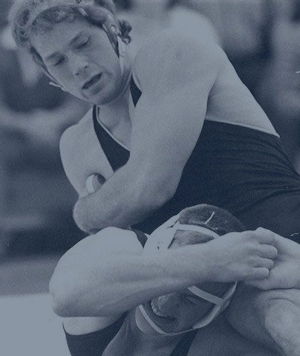 James Beichner
b. 1964
Category
Wrestling
Year Inducted
2004
To say that Jim Beichner had outstanding succes on all levels of wrestling from a participant at Cassadaga Valley to a coach at the University of Buffalo would be an understatement. Beichner has been inducted into four halls of fame in his career.

The Beichner family has long been associated with Cassadaga Valley Central School athletics and Jim was a tremendous wrestler for his alma mater back in the early 1980s. Beichner was the Cougars first-ever Section 6 champion and not only did he win it once, but three straight times en route to attending the New York State championships in Syracuse. He placed fifth in state competition as a sophomore at 145 pounds in 1980 followed by a fourth place finish the next year at 155 pounds. Then in 1982, Beichner advanced all the way to the 177-pound championship before losing.

During his high school career, Beichner was coached by Cliff Blom and he had nothing but praise for his former coach. "I consider Coach Blom to be one of the top coaches I have ever worked with," said Beichner. "The majority of my wrestling technique and all the things I have accomplished come as a result of his wrestling program."

After graduation, Beichner made Clarion University his home for several years both as a competitor and as an assistant coach. Beichner had quite a career for the Golden Eagles with one his several highlights being a two-time NCAA Division 1 All-American at 190 pounds. His record was 125-22 with his victories resulting in a tie for third place on the school's all-time list.

Forty-nine of those wins were in duals that rank him 11th on the school's list in that category. Beichner had the rare accomplishment of three undefeated dual campaigns and the school's third best single-season record of 40-4 (1984-1985). He was selected twice to the prestigious East-West All-Star Classic and captained Clarion to its third undefeated season in 38 years of competition.

Following graduation, Beichner stayed at Clarion as an assistant coach under highly-regarded coach Bob Bubb, one of the winningest collegiate coaches and executive director of the National Wrestling Coaches Association. After learning a great deal about how to run a wrestling program, Beichner became the assistant coach for seven years to Rande Stottlemeyer at the University of Pittsburgh. During that period, the Panthers made the top 25 six times with the best finish being 13th (1988). His final year (1994-1995) saw the Panthers competing in the National Duals Tournament for the first time and prevailing over nationally-ranked teams including arch-rival Penn State, Arizona State and Oregon State.

Beichner was interested in becoming a head coach and when there was an opening at the University of Buffalo he applied and was chosen to take over the struggling program that was winless the previous season (1994-1995). His first year (1995- 1996) was a huge succes with a 10-4 record and a third place finish in the East Coast Association Tournament. That outstanding season earned him New York State Division 1 and ECA awards and he was also chosen Amateur Wrestling News Rookie Coach of the Year.

Things were even better for Beichner and Bulls in 1996-1997 with a 12-2-2 record for the most wins in over 10 years. The Bulls finished third again in the ECA Tournament and were in top five of all five tournaments they entered. The third season for Beicher resulted in him bringing the National Wrestling Coaches Association All-Star Classic to the Alumni Arena. 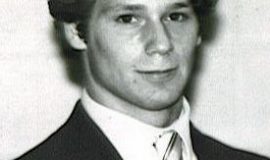 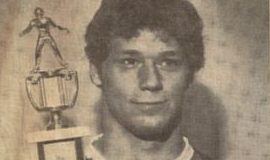 1981 Post-Journal Wrestler of the Year 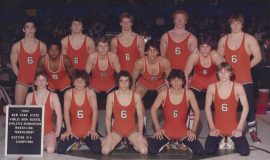 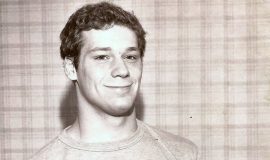 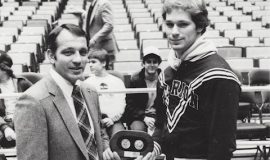 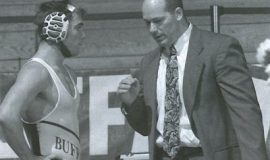 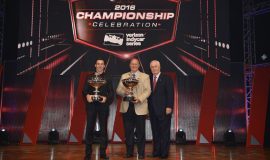 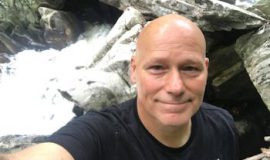 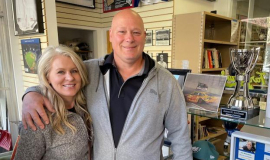 Jim Beichner and his fiancee Delaney Hale Canale visited the CSHOF on April 29, 2022. 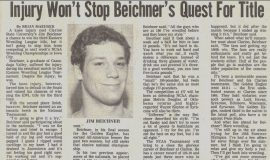 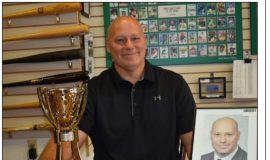