The Post-Journal
by Randy Anderson
November 26, 2019 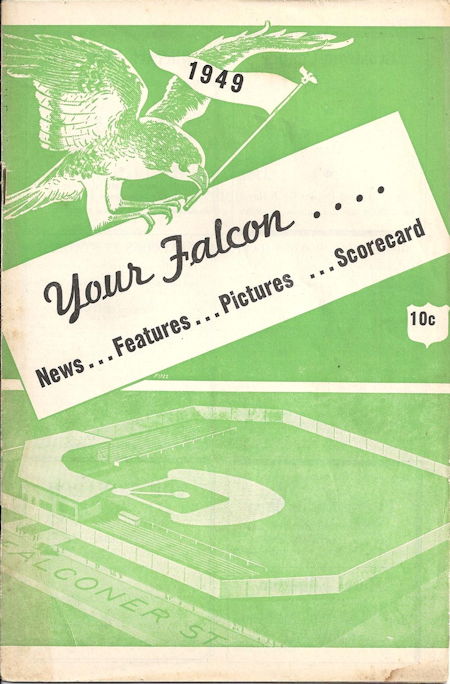 1949 was the beginning of the Jamestown Falcons second decade as a charter member of the PONY (Pennsylvania-Ontario-New York) League and first year under ownership of the Detroit Tigers. In previous years the team had been owned by the Pittsburgh Pirates (1939), Harry Bisgeier (1940-1945) and John Jachym (1946-1948).

The Jamestown team, who had won four pennants and three Governor’s Cups during its first decade, continued to receive strong community support as over 110,000 patrons spun the turnstiles at Municipal Stadium in ’49. Manager Marv Olson had the Falcons in contention all year long before settling for a second place finish in the regular season behind the Bradford Blue Jays, who also bounced the Falks out of the playoffs.

Bradford was led by player-manager Danny Carnevale (.373 batting average) and pitcher Elroy Face (14-2). In an ironic twist of fate, Carnevale, a Buffalo native, would become manager of Jamestown in 1953 and win a second PONY championship. Elroy Face would go on to have a 17-year MLB career as a left-handed reliever. The forkball artist saved three games in the 1960 World Series for the champion Pittsburgh Pirates.

A favorite of the Falcons fans in 1949 was Salamanca High School graduate Bill Furlong who was the top pitcher in the league with a 16-5 record and a 1.89 earned run average.