The Post-Journal
by Randy Anderson
December 3, 2019 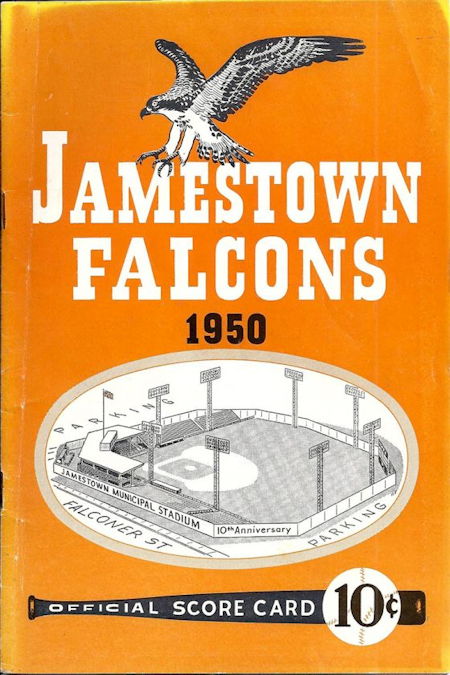 A new manager greeted the fans and players of the 1950 Jamestown Falcons. He was 60-year-old Bob Shawkey, a major league pitcher of 15 years, who was the choice of the Detroit Tigers to lead their Class D ballclub at Municipal Stadium. Shawkey, who was the winning pitcher of the first-ever game played at Yankee Stadium in 1923, won two World Series titles with the Bronx Bombers in ’23 and ’27. He also managed the Yanks in 1930 after the death of Miller Huggins.

Despite Shawkey’s pedigree, the Jamestown Falcons were a disappointment in 1950. They finished sixth out of the eight teams in the PONY League. Jamestown fans, who had grown accustomed to winning teams, showed their displeasure at the front gate. Just 60,000 fans witnessed the Falks, a decrease of 50,000 from the year before.

The class of the PONY League in ’50 was the Hornell Dodgers, led by league Most Valuable Player Don Zimmer. “Zim” would go on to have a stellar major league career as in infielder, coach and manager. He was a part of six World Series champions and won 906 games as the manager of the Red Sox, Padres, Rangers and Cubs. The best player on the weak Jamestown roster was pitcher Frank Lary who posted a 1.88 earned run average. Lary would have a 20-year big league career and twice was a 20-game winner. His nickname was “The Yankee Killer,” a nod toward his 28-13 lifetime record against the lads in pinstripes.