The Post-Journal
by Randy Anderson
December 11, 2019 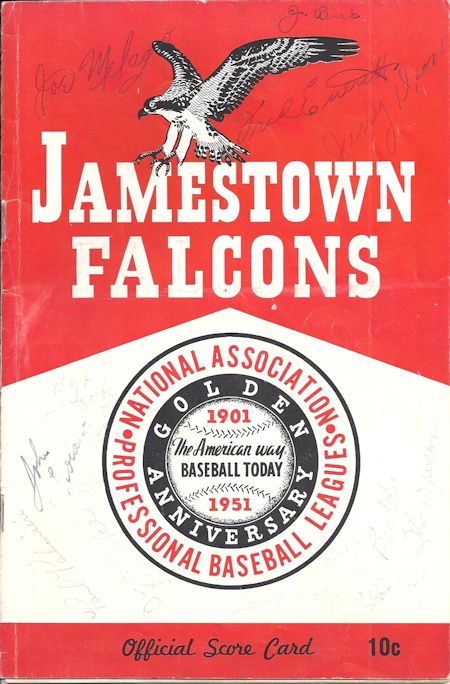 After the disappointing 1950 season, the Detroit Tigers brought in another manager to lead their Class D club in Jamestown. 34-year-old Ulysses “Tony” Lupien, a former major-leaguer with the Red Sox, Phillies and White Sox, was given the charge of righting the Falcons ship.

Lupien, who was named Ulysses by his French-Canadian parents because of their admiration for former U.S. President Grant, was a tremendous all-around athlete who captained both the baseball and basketball teams at Harvard University.

Lupien helped his cause by playing first base and hitting .368 as he led the resurgent Falks to a first place tie with Olean before losing in a one-game playoff.

Jamestown fans responded to Lupien’s winning ball club. Paid attendance was 73,000, an increase of 13,000 from the previous year.

A top player for Jamestown in ’51 was second baseman Frank Bolling who had a 12-year MLB career and was a two-time all-star with the Milwaukee Braves in 1961 and 1962.