The Post-Journal
by Randy Anderson
December 18, 2019 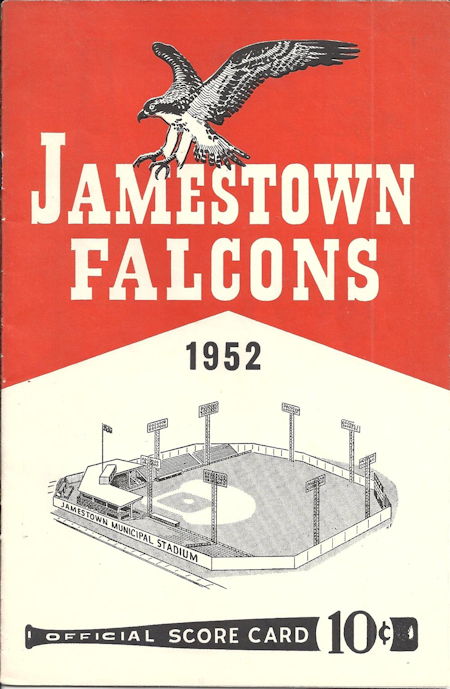 Tony Lupien returned as manager of the 1952 Jamestown Falcons and once again led the squad to a second place finish in the PONY League regular season standings. But unlike ’51, the Falks got hot in the playoffs and won the Governor’s Cup, their fourth title in 14 years.

Among the top players was catcher Charlie Lau, who later in life became an influential batting instructor in the Major Leagues. Lau wrote a popular a book about the subject titled “The Art of Hitting .300.”

Another key performer was pitcher Jerry Davie who posted a stellar 17-3 record. Davie had a “cup of coffee” with the Detroit Tigers in 1959.

The 18-year-old shortstop of the 1952 Jamestown team would be the guy with the most interesting post-Jamestown career. This player suffered a career-ending knee injury two years after his stint at Municipal Stadium. He opened a pizza parlor in Garden City, Michigan in 1959 and named it Little Caesar’s. A few billion dollars later, Mike Illitch purchased the Detroit Red Wings hockey team in 1982 and the Detroit Tigers baseball team in 1992. Illitch died in 2017, but the family business, Illitch Holdings, still owns the two sport franchises. “Pizza! Pizza!”