The Post-Journal
by Randy Anderson
January 20, 2020 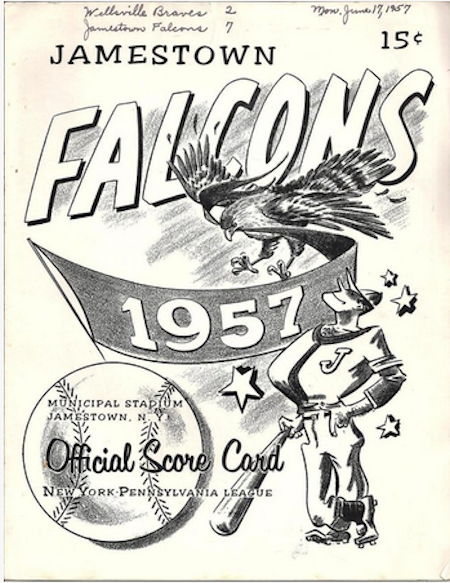 Following the financial collapse of the Jamestown team owned by Jerry Lawson and Bob Lundell after the 1956 season, area businessman and longtime baseball fan Ernest C. Kessler attempted to revive the Falcons for 1957. He organized Jamestown Area Baseball, Inc. and shares of stock were sold for $10 under the direction of Ernest Lundquist, treasurer, in an effort to raise $50,000 in capital. Next, Kessler contacted the Pittsburgh Pirates and convinced them to take over the club. But even Pittsburgh could not stop the flow or red ink. On June 25, the Falcons folded with a 28-35 record under Jack Paepke, manager. The players were dispersed to other Pittsburgh minor league affiliates. Among those reassigned was big first baseman Donn Clendenon, who in 1969, was the World Series MVP for the N.Y. “Miracle” Mets. “It’s like losing an old friend,” Kessler said. “We had a product for sale but the public didn’t want it.” Frank Hyde, The Post-Journal sports editor, attended the final game at Municipal Stadium and likened it to a wake. “Few probably realize it, but they were also sitting in on the grand finale of minor-league baseball in general. The minors will be gone within five years. The fiery old days of hometown pride when a man threw out his chest and said ‘This is my town,’ and ‘These are our boys,’ is fading. We’ve become a nation of whiners, cynics and non-believers who demand the ultimate in comfort and performance. … Something may change all of that … but as of today minor-league baseball is fighting a losing battle.” 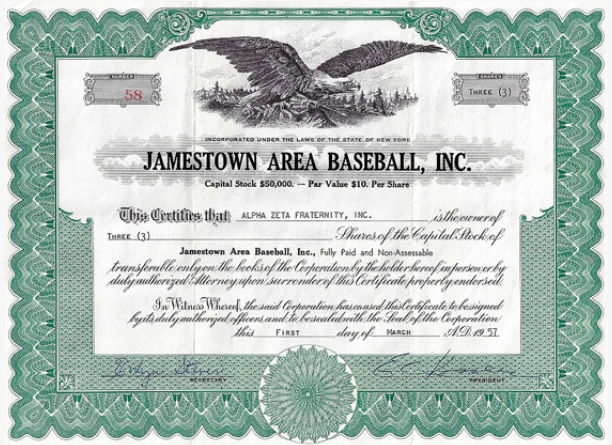