The Post-Journal
by Randy Anderson
October 11, 2019 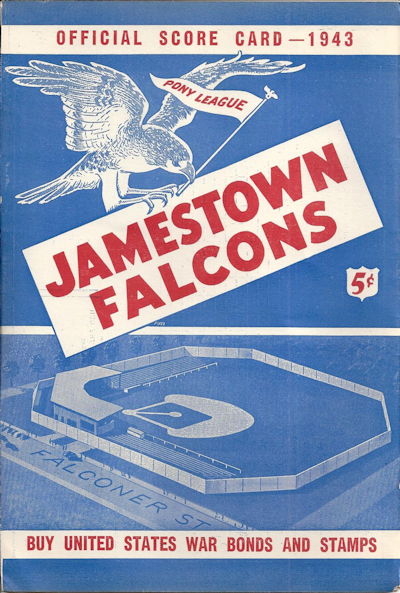 Harry Bisgeier, owner of the Jamestown Falcons, was called to war duty prior to the 1943 season. Before he left, he arranged for the St. Louis Cardinals to operate the team in his absence. While three-quarters of all minor-league ball teams closed, the Falcons and the PONY League marched on.

Fiery Georgian Jack Sanford managed the “Flock” to a fourth place finish in the 6-team league. Lack of pitching led to the 54-56 record. “I haven’t a chucker who isn’t liable to throw the ball clear over the grandstand…” complained Sanford.

A bright spot for Manager Sanford and the nearly 68,000 Jamestown rooters who cheered for their team was the play of Ernie Hrovatic. Nicknamed “Solid Folks”, Hrovatic had a sensational ’43 season hitting .336 and leading the PONY League in doubles, triples, RBIs and total bases. He received a promotion to the Pacific Coast League for 1944, but Uncle Sam intervened.

After basic training, Ernie visited Jamestown during his last furlough before reporting for overseas duty. At a Falcons game at Municipal Stadium in 1944, he vowed, “If I come out of this thing all right, and if I make the majors, I’m going to make Jamestown my home when I’m done with baseball. I like the town and the spirit of the people, not just the baseball fans, but others whom I have met.”

Sadly, Pfc. Ernie Hrovatics, idol of the Jamestown Falcons baseball fans in 1943, gave his life for his country on a battlefield in Belgium on January 14, 1945. Ernie thus became the only Jamestown professional player to be killed during World War II.

Following Hrovatic’s killing, the Dunkirk Evening Observer declared, “He was one of the most popular players in a Falcon uniform and died in an infantryman’s uniform in a bigger league. His death brought the war home with tragic emphasis for he was the first Falcon player to pay the supreme sacrifice.” 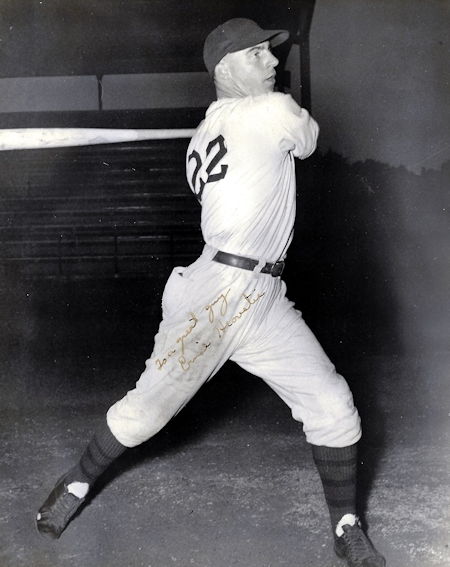