The Post-Journal
by Randy Anderson
November 5, 2019 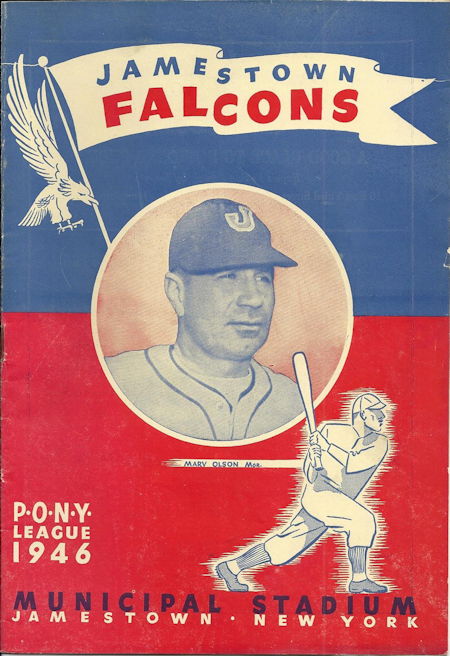 The 1946 season saw a new owner of the Jamestown Falcons. U.S. Marine Captain John Jachym, formerly of South Dayton, NY, purchased the club from Harry Bisgeier for $22,000, the most ever paid for a Class D professional team. For a pre-season banquet, Jachym convinced the Commissioner of Baseball, “Happy” Chandler to visit Jamestown.

The Jamestown fans came out in droves to see the post-war ’46 squad managed by Marv Olson. Over 5,000 folks showed up for the opening game and season total exceeded 112,000. The Detroit farm club rewarded their supporters with an 84-41 record and a first place finish in the PONY League.