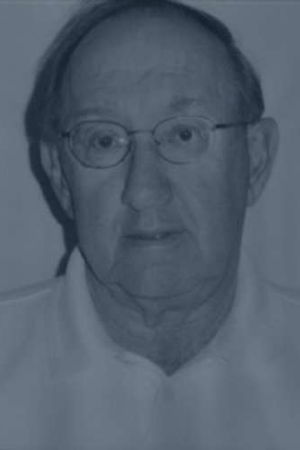 Jim Adamczak
1937–2012
Category
Softball
Year Inducted
2005
Sometimes an injury can be a blessing in disguise and that certainly can pertain to the career of Jim Adamczak. Adamczak, a Jamestown High School graduate, was playing for Sugar Grove of the Chautauqua County Baseball Association when he suffered an injury in 1957 that changed everything en route to a fabulous softball career. He was batting when he caught his spikes on a corner of the plate, resulting in tearing ligaments in his knee. That injury was so serious that he had to take six months off of work at Proto Tool.

After recovering, Adamczak and his friends started playing softball in a neighborhood warehouse during the winter months. In the spring of 1958, Adamczak joined the New-Way Restaurant of the Rec Softball League as a pitcher and was very wild with an average of 14 walks per game. But Adamczak worked out daily during the winter to correct the control problem. Without a doubt, he mastered the problem quite well for the rest of his distinguished career.

Known for his riser, which was in the neighborhood of 100 miles per hour, and drop pitches, Adamczak averaged more than 17 strikeouts over a 10-year span in the 1950s and 1960s. He averaged 35 wins and only four losses while having numerous no-hitters. He also batted at a .350 clip.

Adamczak recorded his first no-hitter in 1959 when he pitched New-Way Hotel to a 14-3 verdict over the Lakewood Merchants in the Rec League. He fanned 18 and walked 11 in the nine-inning game. He first set an Industrial League nine-inning record with 25 strikeouts for IAM 1791 in 1963 and accomplished that feat again in 1964.

In 1962, Adamczak hurled six wins in one day to win the Most Valuable Player award for Betts at the Duquesne Open in Warren. One of his top performances was having 47 strikeouts in two consecutive days with 25 against Chautauqua Hardware and 22 versus Green Brothers. Additionally, he came on in relief in a St. Mary's Tournament and fanned 17 of 20 batters.

Another high was in the 1963 Great Lakes Toumament when he led Erie's Fulton Club with a 4-0 record with 15 strikeouts a game. That perfect record was the first time any team had gone through the event unbeaten.

Speaking of perfection, it was in 1959 when Adamczak hurled his first perfect game against Wellsville while fanning 16 in a 3-0 win. He went on to hurl at least four perfect games.

Adamczak led Skippy's Grill to the Rec Open League title in 1959 and then over the next three years he pitched National Worsted Club to three titles. He also led the Jamestown Merchants to a championship in 1963 and Stravato's Grill to another crown in 1964. Adamczak hurled the Jamestown All-Stars to a runnerup finish in the New York State title matchup against host Niagara Falls. He lost a heart-breaking 1-0, one-hitter before 2,000 fans.

Perhaps his most memorable performance was when the well-known pitcher Ed Feigner of the King & His Court visited College Stadium in 1967 and Adamczak led the Jamestown All-Stars to a stunning 1-0 win. Adamczak allowed the four-man team only two hits while fanning 17 and that win ended a long winning streak for the King & His Court. Feigner, meanwhile, whiffed 15.

The tall right-hander played through 1975 and had more than 25 no-hitters over a 17-year career that covered more than 1,200 games while pitching for teams in Westem New York and in Pennsylvania. Some of the most memorable games of the early 1970s were when Adamczak pitched for Stravato's Grill and Ron Frederes hurled for See-Zurh House in the Social League. Those games had so much interest that they would draw hundreds of spectators to see the two elite pitchers and teams battle it out.

A back injury ended the pitching career of Adamczak, but his fantastic accomplishments certainly won't be forgotten. His son, Jim Jr., became a standout pitcher for JHS and later pitched for Geneva, a farm club of the Chicago Cubs, in the New York-Penn League before completing a 5 year career in the minors. 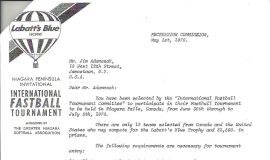 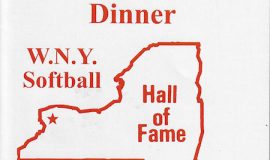 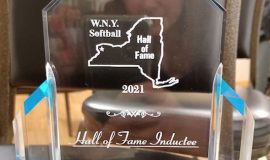 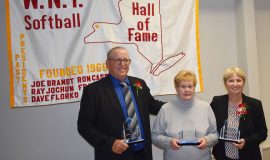 From the left are John Woodfield; Marcia Adamczak, wife of the late Jim Adamczak Sr.; and Sheilah Lingenfelter Gulas. The trio was enshrined into the Western New York Softball Hall of Fame at its induction ceremony October 16, 2021.at the Lake Erie Italian Club. P-J photo by Scott Kindberg. 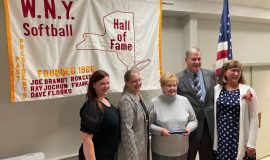 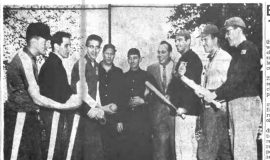 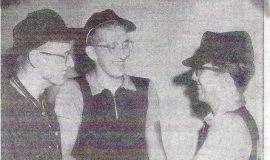 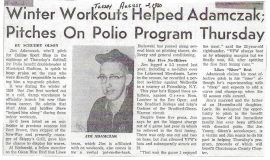 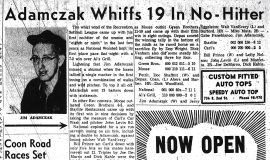 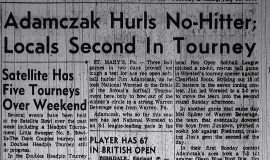 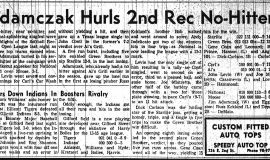 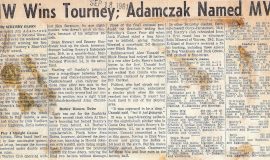 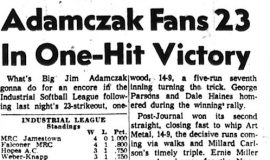 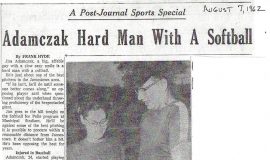 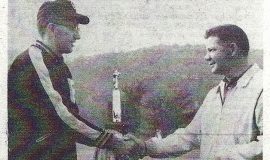 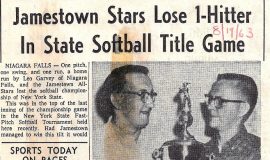 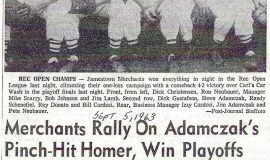 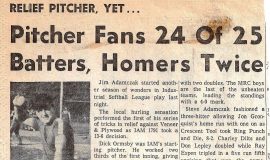 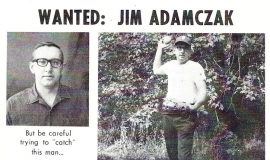 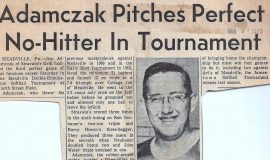 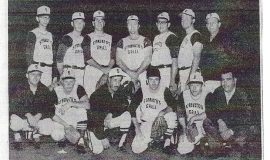