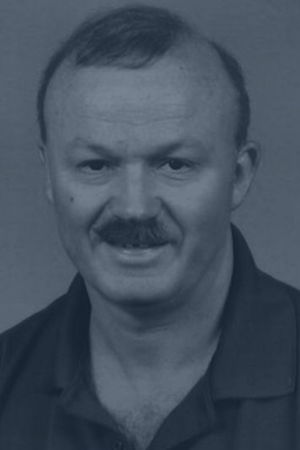 Jim Mee
b. 1956
Category
Bowling
Year Inducted
2011
The Jamestown area has a rich bowling history and has been blessed with a number of talented bowlers who have left their mark on the sport throughout the years, but few can rival the accomplishments of Jim Mee. Just the mention of his name to anyone associated with the upper levels of the Western New York bowling world will bring immediate recognition.

Mee, who has been the proprietor of Jamestown Bowling Company for many years, has more than earned his place in the Chautauqua Sports Hall of Fame, amassing career statistics, tournament victories and dozens of honors and awards that only a handful of others across the nation could match and he continues to collect more each year.

His extensive resume of accomplishments could literally fill a book, but here is a brief synopsis:

Mee began his long bowling career in junior leagues at State Lanes in Falconer and at the former Ten Pin Lanes in Jamestown where, at the age of 16, he averaged 190 for the season and rolled a 703 set, which were impressive numbers in 1972.

By 19, his average improved to 202 and he rolled the first perfect game of his career at Satellite Bowl (now known as Jamestown Bowling Company) and tossed his first 700 set as an adult bowler at Lucky Lanes in Fredonia, a 738, at age 20.

Over the next 34 years, the left-hander added 61 more 300 games to his collection and had rolled at the time of his induction an astounding total of 31 800-series while competing in leagues and tournaments in the Jamestown, Dunkirk and Buffalo associations and has carried averages in the high 230s.

Mee was a member of the Professional Bowlers Association from 1980 into the 1990s and finished third in a PBA regional at Windsor Locks, Conn., and finished ninth in the 1981 Canadian PBA Open. He also had a 22nd place finish in the Touring Pro Doubles in Las Vegas.

He also appeared 15 times on the weekly Buffalo-based "Beat The Champ" TV show on Channel 4 during the 1970s and 1980s and rolled games of 299 and 286 during his matches through the years. Mee won the legendary Ten Pin Lanes Singles Classic three times, rolling against top bowlers from the area and around the nation and collected numerous individual and team titles while competing in the Jamestown area and Dunkirk Bowling Association tournaments.

In addition, Mee has picked up scratch titles in Buffalo, Rochester, Dansville, Binghamton and Pittsburgh and has competed in many ABC-USBC national tournaments and in Las Vegas at the High Roller and Senior High Roller big-money events.

He and his business partner, Len Pimm, developed the concept for the "Jamestown TV Bowling Challenge" in 1992 and the program aired weekly for 16 consecutive seasons on Time Warner Cable Channel 8. Hundreds of area bowlers appeared on the show through the years with Mee serving as executive producer.

As mentioned earlier, Mee has operated Jamestown Bowling Company for many years, where he continues to manage the pro shop. He was also the proprietor of the former Astro Lanes in Fredonia. 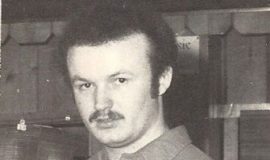