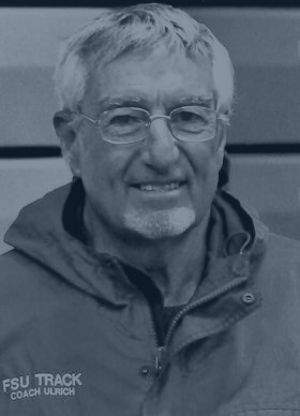 Jim Ulrich
b. 1946
Category
Track & Field
Year Inducted
2016
The photo on the cover of the book, entitled Effective Coaching, includes a group of State University of New York Athletic Conference at Fredonia athletes totaling more than 30.

Some are holding an index finger in the air, others are giving a thumbs-up and still others are smiling broadly, none more so than the man at the far right.

For Jim Ulrich, the book's author, such celebrations were the norm rather than the exception for a quarter of a century.

His athletic accomplishments - both as an athlete and as a coach - have earned him a place in five halls of fame, most recently the Chautauqua Sports Hall of Fame.

The other halls of fame where Ulrich is enshrined are at SUNY Fredonia (Class of 2004), Indiana State University (Class of 2002), Kenmore West High School (Class of 1997) and the Niagara Track & Field (Class of 2011) where the James D. Ulrich Award was created and is presented annually to the top collegiate male track and field athlete from a non-Division I school.

Before that, Ulrich set the Kenmore West High School record in the discus (167 feet, 3 inches) and placed third in the New York State championships in 1965; set the javelin record (241 feet, 1 inch) at Indiana State University where he earned All-American status, was named the ISU Athlete of the Year (in 1968) and was a U.S. Olympic Team qualifier; and coached the Lockport High School track & field team to the Section VI Class AAA title each year from 1969-72.

Other Ulrich milestones include: North American javelin champion (60-and-older division) in 2008; multi-year participant and record holder at the Empire State Games where he served as the torch-bearer for the opening ceremonies in Syracuse; serving as president of the NCAA Division 3 Track and Field Coaches Association from 1995-1998, and serving as a representative for all of NCAA track and field on the University Presidents Council on Ethics in Athletics from 1994-96. 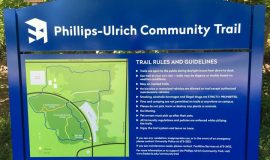 The Phillips-Ulrich Community Trail on the SUNY Fredonia campus was dedicated in 2016. 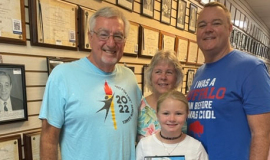 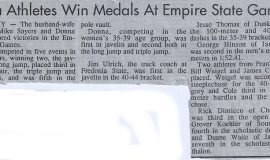 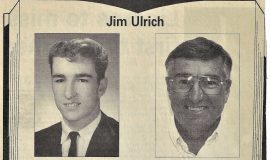 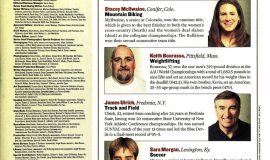 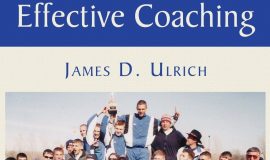 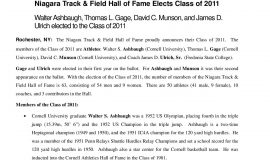 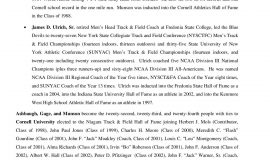 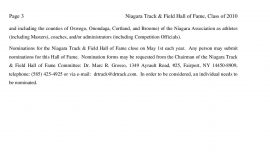 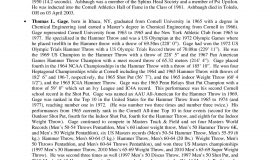 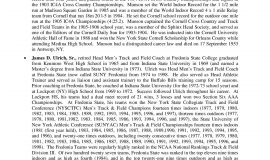 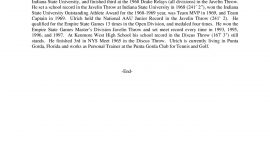 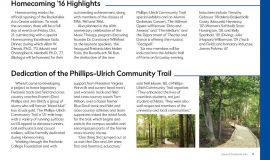 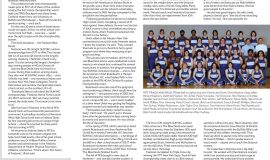 A track and field legacy with its roots in the '70s. Statement (SUNY Fredonia), Fall 2016.