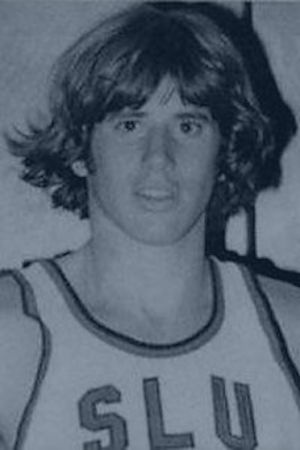 "He was my neighbor 40 years ago on Jamestown's west side, he drove a Volkswagen and he played for a high school basketball team that was better - at least from an 11-year-old's perspective - than what any collegiate or pro organization could put on the hardwood. To me, Jim Young was a star. What I didn't know was that he was just beginning to crack the surface of his potential."

During the 1971-72 season at JHS, Young made his own mark on a team that featured legendary players Terry Chili and Mark Edstrom by averaging 15 points per game as the point guard while playing for another legend, coach John "Dutch" Leonard. That team packed the JHS gym regularly and when it was all said and done, it brought home a Section 6 championship, beating Kenmore West, 56-46, in come-from-behind fashion.

After leaving Jamestown, Young moved on to St. Lawrence University in late 1972 and after a couple of seasons, he broke through in his sophomore season, leading the squad to a pair of the college's most successful seasons ever, setting four records along the road.

"Those teams compiled a 65-32 record during his four seasons and won two league titles in addition to making two NCAA tournament appearances. He helped the team set a record for wins in a season as a sophomore, leading it to a 17-6 record and improved that record during his junior year as the Saints won 20 games for the first time in their history. He averaged 12.8 points for his career with a high single season average of 23.9 points per game as a senior. He set the record for points in a game, with a 48-point night against St. John Fisher as a senior and had 241 career assists in addition to setting records for free throw percentage and free throws in a season. He was captain of the team as a senior. Jim scored 1,233 career points which ranked second on the all-time list at the time of his graduation. He was an All East selection as a junior and senior and also earned all-conference honors."

After graduation, Young's connection to the game didn't end and through his former coach at St. Lawrence, he was introduced to the owner of Loughborough of the English Basketball Association, who was in need of an American shooting guard.

After some discussion, Young signed on and as the only American guard in the league, he led EBA in scoring with an average above 30 points per game and set a club record of 54 points in a single game over a 35-game span. 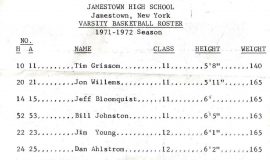 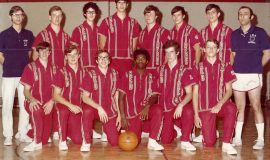 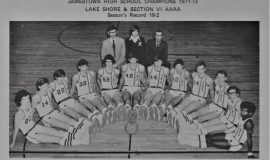 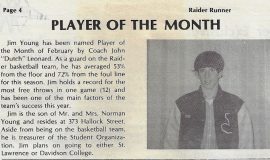 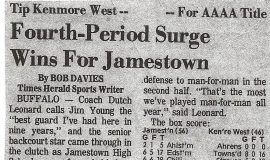 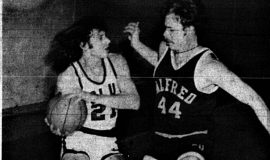 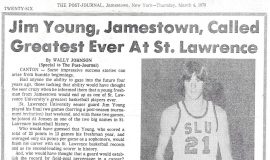