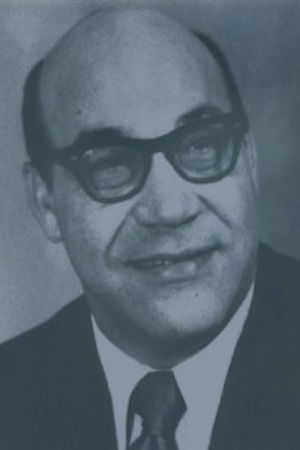 Joe Annarella was one of the most successful and best known coaches in Chautauqua County and that is why he was chosen as one of the four inductees for the Chautauqua Sports Hall of Fame in 1993. Joe Annarella coached six different sports with tremendous success at Cassadaga Valley Central School from 1954-1976.

Born on March 11, 1924 in New Castle, Pennsylvania, Annarella graduated from Union High School, a suburb of New Castle, in 1942 as the valedictorian. An interesting sidelight is that on his 18th birthday he was to report for military duty during World War II, but football coach Milton Pattison went to the draft board and got Annarella an extension of deferment until graduation because of his excellent class standing.

Annarella was class president all four years in high school and played varsity football and basketball in the YMCA and competed in sandlot baseball with his brothers.

After graduation, Annarella served in the U.S. Navy during World War II. He then went to Ithaca College where he was a goalie on the lacrosse team for two years and center on the football team, also for two seasons. He graduated in 1950 with a bachelor's of science degree in physical education and in 1952 with a master's of science degree in physical education.Annarella began teaching in 1953 at Sherwood Central School in Aurora, New York, before moving on to Cassadaga Valley in September of 1954 as a physical education and health instructor. He remained there until his death in an auto accident in 1976.

In the 1950s, Annarella helped form the Wrestling Officials Association and established the Sinclairville area summer recreation program in the mid-1950s. He also umpired baseball games for several campaigns in the Sinclairville-Cassadaga area.

Annarella was inducted into the New Castle Hall of Fame in April 1990 and each year the Annarella Award is given to the Cassadaga Valley football player who best exemplifies his spirit and dedication. There is a memorial trophy case named in his honor at the school and the football field was named in his honor in 1977.

The Chautauqua County area was shocked when Annarella, then 52, lost his life in an automobile crash when driving to a wrestling meet he was to officiate. 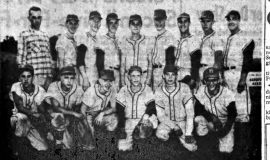 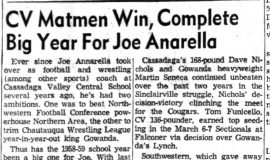 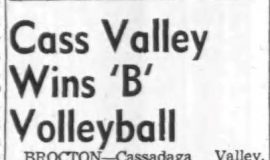 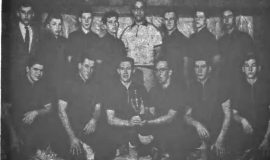 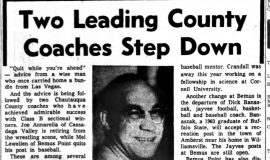 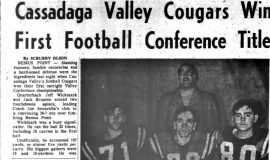 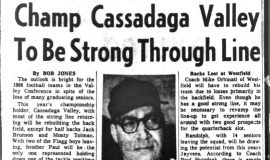 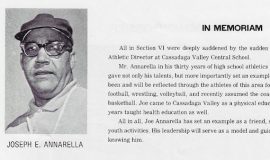