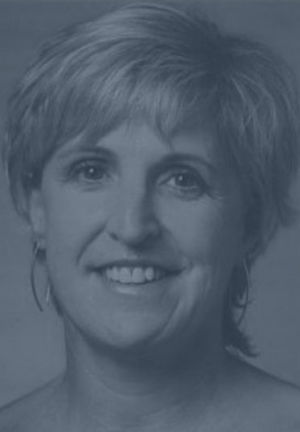 Duke University is well-known for its great success in men's and women's basketball, but thanks to coach Jolene Nagel, the former Panama Central School star, women's volleyball has now been put on the map.

In 2006 Nagel guided the Lady Blue Devils to a brilliant 29-4 record and a No. 22 spot in the final NCAA Division 1 Poll. Under Nagel's direction, the Lady Blue Devils advanced to the second round before losing in five games to San Diego at the University of Tennessee. She led Duke to a sensational 21-1 Atlantic Coast championship that set a league record for wins, breaking the 18 previously held by North Carolina and Maryland. The championship was the first for the Lady Blue Devils since 1994 and the 29 wins were the most under Nagel and the fourth most in the school's history. This was the fifth time that Nagel has taken Duke to the NCAA Division 1 Toumament. She won ACC Coach of the Year honors for the second time and was the Tachikara/AVCA Division 1 East Region Coach of the Year with the other coming in 2000. Nagel has guided the Lady Blue Devils to at least 20 wins in six of the last seven seasons and earned her 300th career win coaching in 2004.

Before going to Duke, Nagel was the mentor at Georgetown University and led the Lady Hoyas to a share of their first Big East title in 1998 with a 10-1 record and overall 24-6. She was named Big East and District 1 Coach of the Year as Georgetown received its first NCAA Toumament bid.

Nagel began her coaching in 1983 as a graduate assistant at Kent State followed in 1985 by being the first assistant coach at University of North Carolina for three seasons. She began her head coaching duties at Cornell University where she was 85-40 overall and 23-5 in the Ivy League. Her .680 winning percentage is second in Cornell's volleyball history. From 1989-1991, she led Cornell to titles with two of those years having perfect 7-0 league records. The 1991 squad won the conference title and earned a National Invitational championship berth.

She has instructed well beyond the collegiate ranks. Since 1979 she has instructed and taught at various clinics that includes the 1998, 1999 and 2000 NCAA YES Clinics. In 1994, Nagel served as the Columbia Comets Volleyball Club coach, leading the team to the 18-And-Under East Coast title. She was the coach for the 1995 East women's squad that finished with a bronze medal in the U.S. Olympics Festival in Colorado. Nagel also served as assistant venue coordinator for the 1987 U.S. Olympic Festival and a zone coordinator and assistant coach in 1989 and 1990 at the U.S. Olympic Festivals.

Nagel went to college at Edinboro University, where she was one of the most decorated players and was inducted into its Hall of Fame in 1997. She was a two-time co-captain at Edinboro where she help lead the Lady Scots to an outstanding 116-43 four-year record. An All- PSAC performer, Nagel led Edinboro to three state and regional titles and advanced to the national tournament each time with two AIAW and one NCAA. She graduated from Edinboro with a bachelor's degree in education and holds a masters degree in sports administration from Kent State. The 1982 Edinboro graduate has also been named to the school All-Time Volleyball Team with that announcement coming in December of 2006.

Nagel graduated from Panama in 1979 after having 12 varsity letters with three in volleyball, cheerleading and softball, two in swimming and one in basketball. She was a member of several Panama volleyball championship teams under Coach Debbie Palmer. Nagel was sixth in Section 6 diving in 1975 and held the school diving record for several years. In basketball, she was selected to the 1979 Division 3 All-Stars second team. Nagel was a member of the West volleyball team that won the gold medal at the inaugural Empire State Games in 1978. She was also involved in showing horses from 1970-1979 in 4-H PONY Association and quarter horse competition. Nagel was New York State Fair-Master Showman and had a first in Western Horsemanship. She also was a PONY champion in 1978 in Western Pleasure, English Pleasure and Western Equestrian plus was involved in several Chautauqua County 4-H Show Grand Championships. 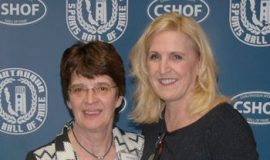 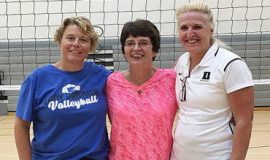 What is the Duke Difference?