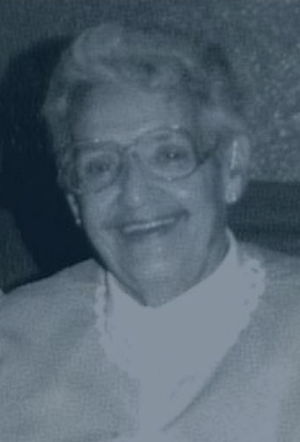 Katherine Linder
1910–1990
Category
Bowling
Year Inducted
1998
Katherine (Kate) Linder was a pillar of strength in several sports. She was a participant, contributor and promoter of bowling, golf and baseball in the area, New York State and northwestern Pennsylvania. However, it was in bowling that she received the most recognition. Linder served as president of the Jamestown Women's Bowling Association for 16 years and during that span she began numerous programs.

Junior bowling was started during her reign along with a Blind Bowlers League and special charity tournaments in conjunction with the Happiness Friendship Fund. It was also during that period the New York State Women's Bowling Association Tournament came to Jamestown twice in 1952 and 1964.

Born on December 1, 1910, Linder competed in bowling, golf, softball, volleyball and basketball over the years. Linder organized the Conewango Forks Women's Golf Club, the Womens Softball and Baseball League Intercity with teams from Jamestown, Buffalo, Erie, Pennsylvania and the Seneca Indian Reservation. She was a Jamestown delegate in the Women's International Bowling Congress for 32 years and participated in tournaments and served on many committees, thus, earning recognition. Additionally, for four years she was secretary of the Jamestown Women's Association.

Linder headed Mayor Carl Sanford's Steering Committee to bring professional organized baseball back to Jamestown in 1961. Professional baseball has been here all but three years ever since then. Linder certainly left her mark on area sports, and especially women's bowling. 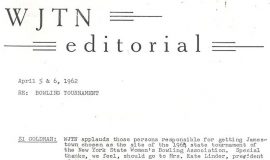 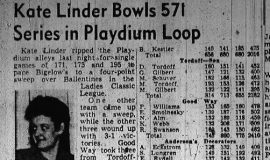 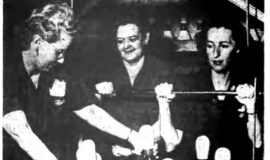 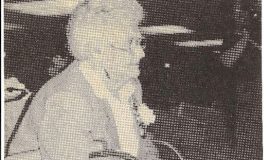