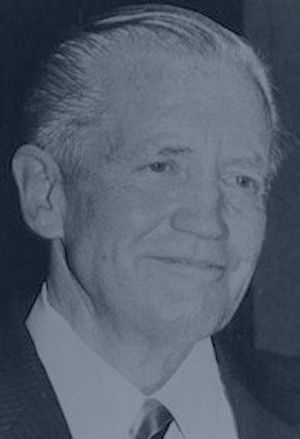 Len Johnson
1918–2005
Category
Tennis
Year Inducted
1986
Len Johnson is a familiar name to area tennis buffs, but many of the younger ones may not know of his accomplishments. If the pro tennis tour had been as big during Johnson's heyday as it is now, he might have been Jamestown's only touring player.

Johnson won the Jamestown City Singles title 23 times and was part of the championship doubles team 19 times. At one point he won the singles crown 16 straight times. Johnson retired the Golden Trophy at the Chautauqua Institution Toumament by winning it three straight times, 1954-56. He also was a member of the winning doubles team. Johnson won the Chautauqua County Open singles title five times and the doubles three times between 1950 and 1960. He won the Tri-City Championship in 1950 and 1951.

He was the first Jamestowner ever to reach the finals of the Westem New York Toumament where he lost to Len Treash of Rochester, 6-4, 8-6. To reach the finals, Johnson defeated two past champions. Later he teamed with Walt Lubes of Rochester to become the first Jamestown man and last to win the Westem New York Toumament doubles title.

In 1963 Johnson was presented the Athlete of the Year trophy by the committee of the St. John's Holy Name Society. He remained active playing tennis and operated Len's Pro Shop for many years. 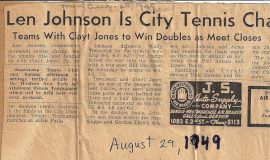 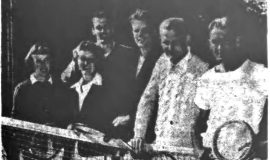 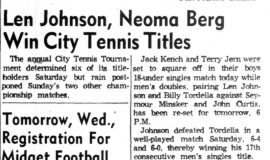 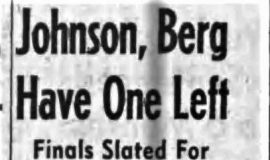 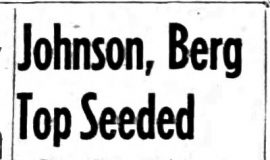 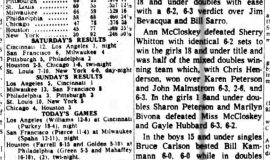 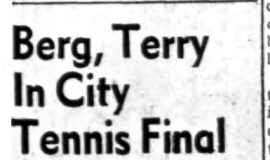 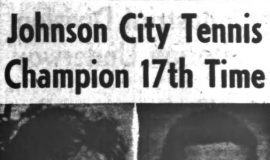 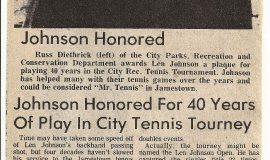