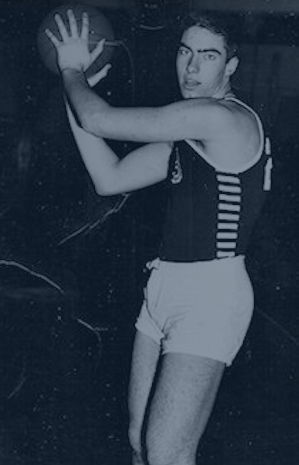 Basketball is the sport where Leo Corkery made a name for himself and in the process became one of 1993's Hall of Fame inductees.

Corkery first attended St. Peter & Paul and then Jamestown High School. He graduated from Jamestown in 1947. He tried out for the high school basketball team but failed to make the squad in 1945. Thus, he took his talents to the YMCA Church Basketball League from 1945-1947.

Corkery averaged 17.8 for the semi-pro Jamestown Vikings during 1948-1949 in the Penn-York League and also won "Most Valuable Player" awards in 1951-1952 at tournaments in Jamestown, Buffalo, Warren and Brookville, Pennsylvania.

He entered St. Bonaventure University in 1947-1948 and later became quite an accomplished performer for Coach Ed Melvin. After playing on the freshman team, Corkery was elevated to the main squad in his sophomore year. He made his debut in 1948-1949 by scoring four points and throughout that season showed lots of potential.

Corkery's potential was set aside a whole year as he left school only to return in 1950-1951 for his junior campaign. Despite the layoff, he showed enough talent to win a job as a starter.

In 1951-1952, Corkery was voted the outstanding athlete by the St. Bonaventure student senate and was named to the Buffalo Memorial Auditorium All-Star Team and an honorable mention All-American. Also, he was awarded the Catholic Youth Organization "Most Valuable Player" trophy for Western New York and had a testimonial dinner given by St. Peter & Paul.

The 6-3, 205-pounder was additionally named to the National Invitational Tournament Team in New York City as the Bonnies competed in back-to-back NITs

During his senior year, he tossed in 25 points in a win against Little Three arch-rival Niagara, whose famed Coach Taps Gallagher stated that Corkery did everything but sell tickets at the game.

Corkery was also named to the All-East Team and played in an East-West All-Star game in Kansas City.

For his accomplishments, the versatile Corkery received the high accolade of being drafted in the third round by the then NBA Fort Wayne Pistons (later the Detroit Pistons). Also drafted by the Pistons then was Duke All-American Dick Groat, who later became a top-flight shortstop with the Pittsburgh Pirates and the St. Louis Cardinals. This year (1952) marked the first time that the NBA kept complete records of team-by-team draft lists.

After college, Corkery entered the service for two years and spent time at Indiantown Gap where he averaged 16 points and 20 points the following year (1953-1954) with the Fort Meade Generals. He was chosen as Second Team Army All-Stars in 1953-1954.

Also in 1952-1953, he performed for the Harrisburg Capitols of the Eastern League and averaged 19 points en route to making the all-star squad.

Corkery attended the Fort Wayne fall training camp in 1954; however, he didn't make the team. Besides being drafted by the Pistons in 1952, the Akron Goodyears and the Peoria Caterpillers picked him from other leagues. 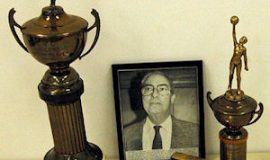 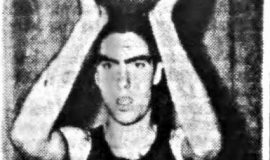 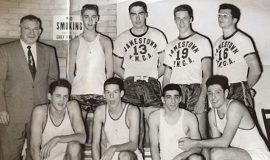 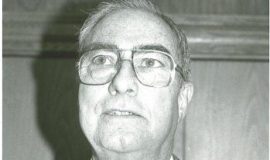 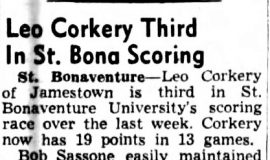 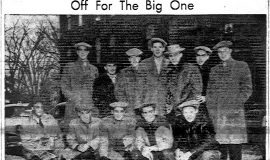 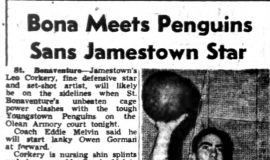 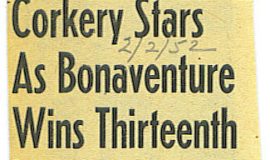 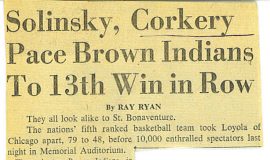 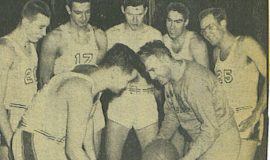 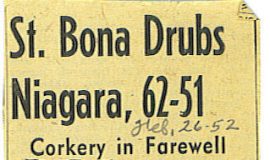 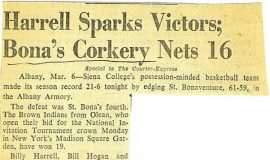 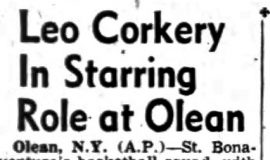 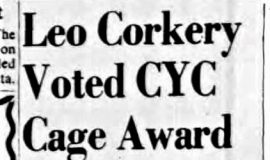 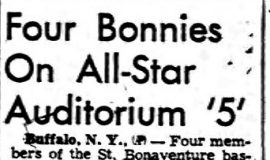 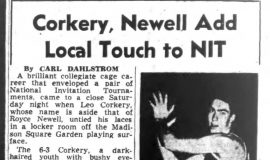 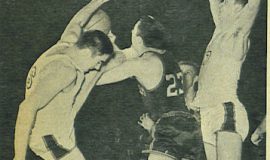 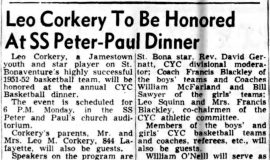 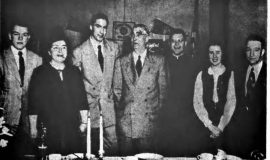 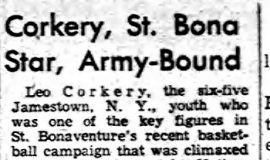 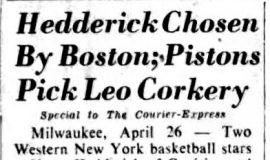 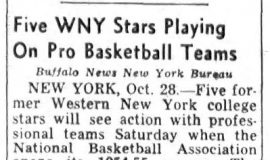 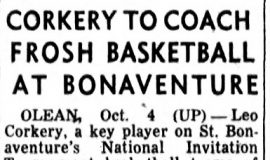 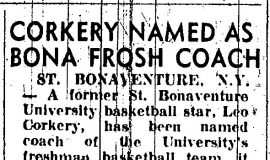 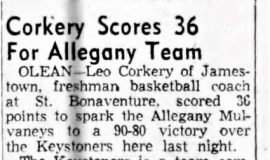 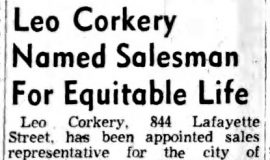 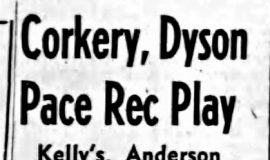 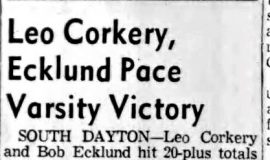 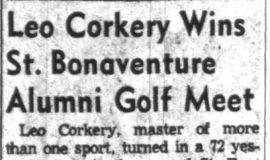