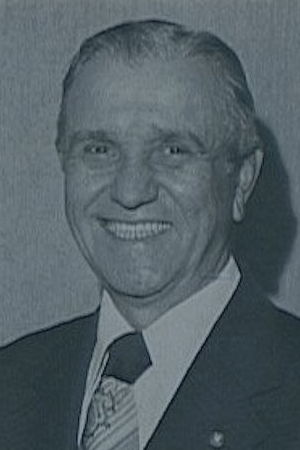 Leo Squinn, a Jamestown High School graduate, was active in playing and managing baseball for over 30 years. He was a welterweight in boxing and played football for the Crescents and Liberty A.C. He was also an active bowler who was elected president of the Jamestown Bowling Association 1944-1950. He played softball for S.M. Flickingers, National Worsted and MRC and managed MRC to a championship three times.

He managed Barber Shop and Knights of Columbus in the Jamestown Little League, managed MRC for six years in Jamestown Babe Ruth League, and managed the all-stars who competed in Buffalo and Amsterdam. He served 11 years as founding president of the Jamestown Area Oldtimers Baseball Club. 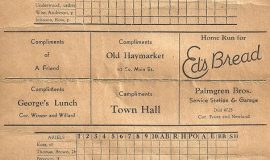 1938 baseball scorecard - Squinn is a centerfielder on Sans team 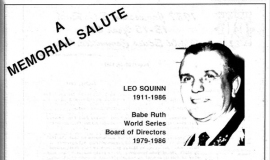 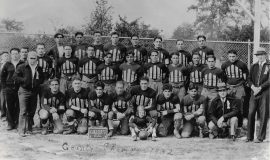 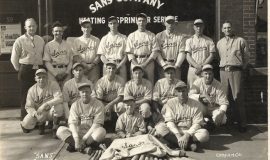 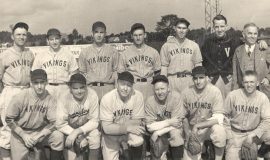 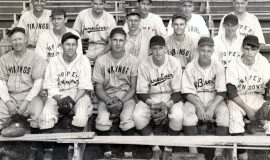 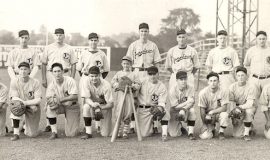 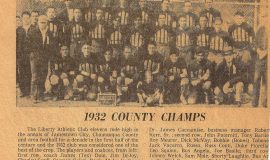 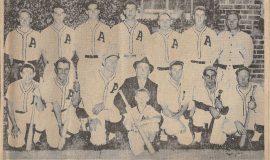 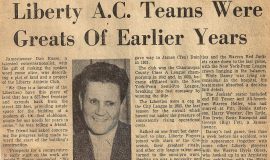 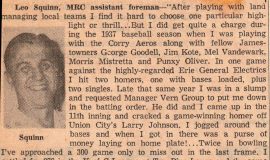 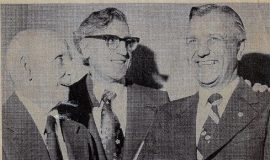 The Leo Squinn Memorial Fund was begun in October 1986 to honor Leo Squinn. The purpose of the fund is to support youth sports activity in the Jamestown area.

Leo was born in Jamestown in 1911, educated in the public schools, and attended SS Peter and Paul Church.

He was a loyal employee of Marlin-Rockwell Corporation for 43 years, retiring in 1976.

Leo was Governor and Life Member of the Loyal Order of the Moose, receiving the Pilgrim Degree in 1981. For many years, he served as State Deputy of Conservation for Western New York. He was also a member of the Knights of Columbus.

Leo coached the volleyball and basketball teams for both the boys and girls at SS Peter and Paul School.

His real love in life was young people. He believed they were our future and by participating in sports could learn about life. He is fondly remembered by the young men and women he helped.

Contributions to the Leo Squinn Fund can be made by contacting the Chautauqua Region Community Foundation, 418 Spring Street, Jamestown, NY 14701, 716-661-3390, or online at The Leo Squinn Memorial Fund.