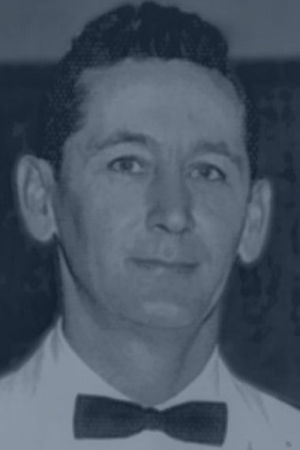 Leslie O. James distinguished himself in various sports as an athlete, manager, coach and offical.

James graduated from Falconer High School in 1936 and while attending the school he was a standout in track, football, basketball and baseball.

In his senior track season James competed in the pole vault competition winning first place in the Chautauqua County Meet and third in the WNY Zone 6 Meet.

James was also quarterback and the punter for Golden Falcons football team. Additionally, he was a guard on the basketball squad and pitched and performed at several infield positions in baseball.

While still in high school, James began his lengthy Muny baseball league career with the Falcon merchants. Later, from 1937 to 1939, James was the member of two-time champion Art Medal Builders in the YMCA Community Basketball League.

James, whose baseball career spanned more than 20 years, had the achievement of being on the very first professional baseball team for Jamestown. He played on the 1939 Jamestown Pirates the year of the PONY league (later NYP-League) when they played at Celoron Park.

He performed for the Jamestown Moose Lodge (1940-1941), which played independently against area basketball teams. In addition, the Moose Lodge scheduled games in Ohio and Pennsylvania.

His teams won the Erie Dispatch tournament in 1949 and placed second in 1941. Manager Gus Laskaris stated that James was an exceptional guard in passing and on defense would always take the other team's best player.

The period of 1940-1943 saw James play for several baseball teams, including Thore Carlson's Vikings in the Muny League, a league was considered by many to be better than the PONY League at that time.

James had a very exciting season in 1944 as several noteworthy events took place. One was being selected an All-American first baseman thanks to his performance for the Jamestown Boosters in the National Semi-Pro Tournament in Wichita, Kansas. Several major league scouts were on hand and praised Jamestown for James' performance in the two games played by the Boosters. James helped the Boosters, who were an all-star team, reach Wichita by winning the New York State title. That same year, he assisted Hope's Windows in repeating as Muny A League champs. In the championship game, he displayed extra-base power with three doubles and a triple to drive in four runs.

In 1945, James was signed by the then Brooklyn Dodgers organization and started spring traing with the Newport News Dodgers in Virginia, but unfortunately sickness forced him to quit.

In 1945, James began his supurb career with the Jamestown Steel Partition Bombers. His first year saw the Bombers compile a 32-7 city championship record and his batting average was .393. James, who was given the nickname of "Flash," was considered the best first baseman in the area.

He hit at a .339 pace in 1947 as the Bombers once again were New York State champions and went to the National Tournament. The following year the Bombers had one of its finest teams, recording a 53-7 record, but didn't go to the National Tournament after winning the State Tournament. They were unbeaten in the Muny league. The season of 1949 brought an independent schedule against some of the top teams in Ohio, Pennsylvania and Canada with outstanding success. 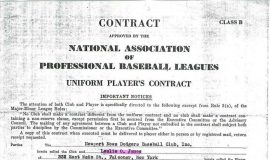 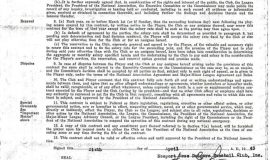 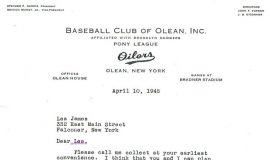 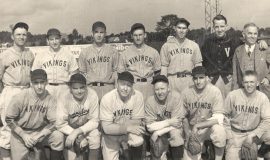 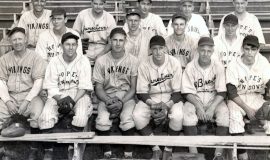 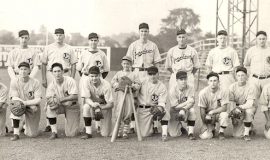 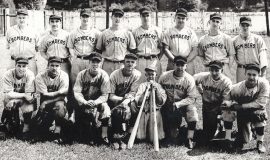 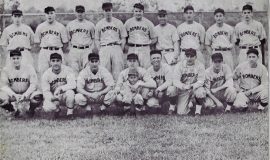 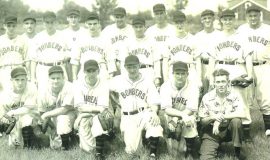 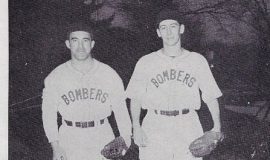 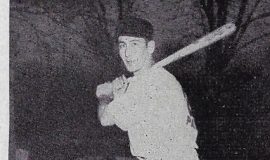 "Curbstone James". One of the best first basemen in the minors, Les can always be depended on to tag them out. It takes a long hit and a fast runner to get by Les. 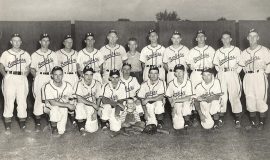 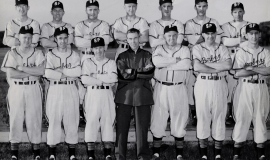 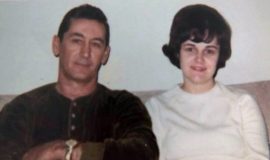 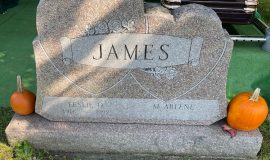 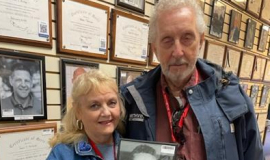 Les James' daughter Valerie (James) Dalton and husband Bud who visited the CSHOF on October 13, 2022 from their home in Arkansas. 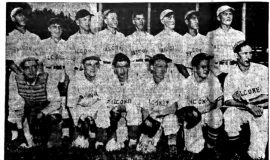 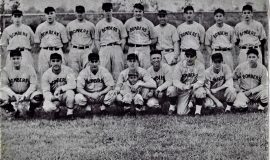 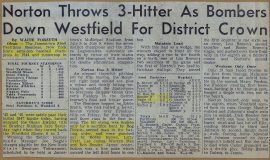 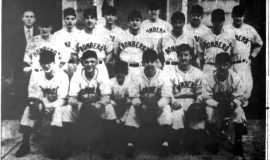 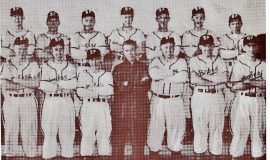 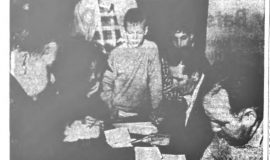 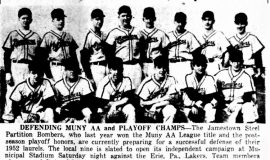 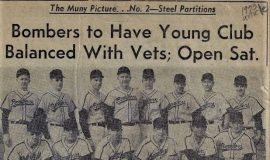 Bombers to Have Young Club Balanced With Vets; Open Sat. 1953. 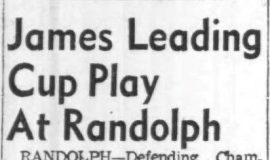 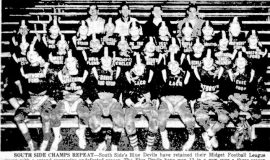 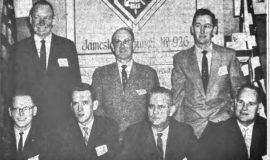 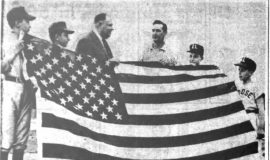 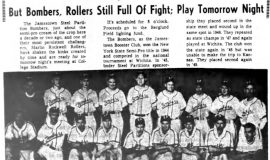