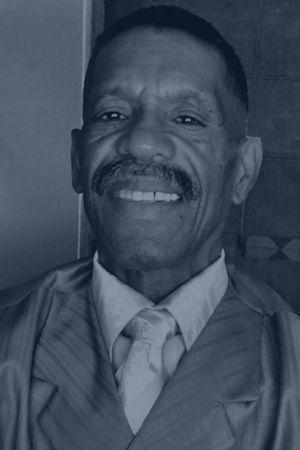 When one thinks of Chautauqua County’s finest high school basketball players, who then went on to have outstanding collegiate careers, especially at the NCAA Division I level, the list is relatively short. Lewis G. Mack, an inductee of the Class of 2022 of the Chautauqua Sports Hall of Fame, is a member of that elite roster.

Mack was born in 1954 in Virginia and moved with his family to Silver Creek when he was 3-years-old. He attended the Silver Creek schools through his junior year when he was named an All-CCIAC Class B performer on the hardwood for the Black Knights.

Chautauqua Sports Hall of Fame coach Mike Tramuta received a “gift” when Mack enrolled at Dunkirk High School for his senior year. Mack, along with teammates such as Jesse Thomas and Dave Szwejbka, compiled a sizzling 20-1 record in 1972-1973, earning the CCIAC championship, the Section VI Class A title and a lofty #2 ranking in New York State for the Marauders. Mack was known for his smothering defense, highlight-reel passes and amazing leaping ability.

Post-season honors for Mack, included being selected an All-CCIAC First Team All-Star, being chosen to play in the All-Western New York Public vs. Catholic All-Star Game and getting named to the All-New York State Small School Basketball 4th Team.

Following his 1973 graduation from DHS, the 6’ 3” Mack was recruited by legendary coach Nick Creola to play at Jamestown Community College. In his first season as a Jay Hawk, Mack and his former Dunkirk High teammate, Thomas, led the team to a 26-2 record. In his sophomore year, JCC went 30-4 and won the NJCAA Region 3 championship. Mack became the first JCC player ever named as a First Team All-Region 3 all-star.

Being listed among the top-50 JUCO players in the nation brought recruiting interest in Mack. He accepted a scholarship from Middle Tennessee State of the Ohio Valley Conference. In his first season at MTSU, Mack broke the Blue Raider record for assists in a season with 131 as the team went 16-12. The next year, 1976-77, he set a new school assist mark with 144, including 14 in a game against Arkansas-Little Rock, as the team improved to 20-9. He was named the team’s MVP and Male Athlete of the Year at the Murfreesboro, TN institution.

After college, Lewis played for the Harlem Diplomats touring basketball team. Then he returned to Jamestown Community College as an assistant to his former coach, Nick Creola. Mack stayed with Creola and Assistant Coach Ray Fashano for six years during which the trio took JCC to four appearances in the NJCAA National Tournament during the “glory years” of Jay Hawk basketball.

He returned to Middle Tennessee State in 1994 to earn enough credits to complete his college degree. 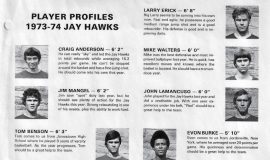 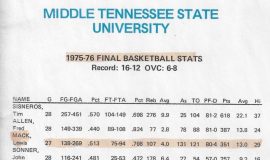 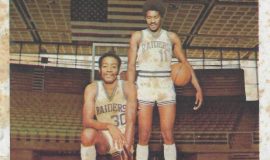 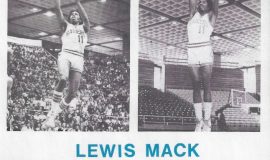 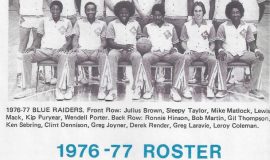 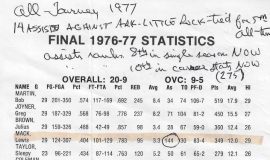 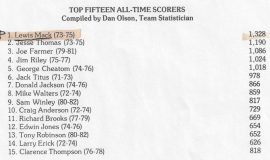 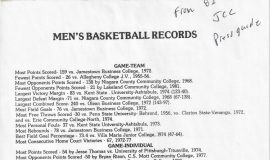 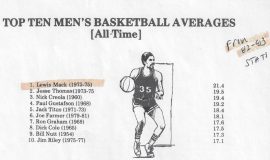 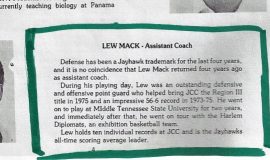 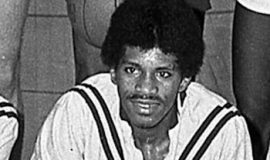 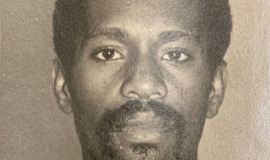 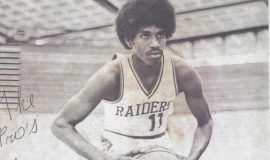 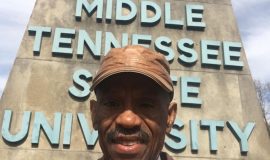 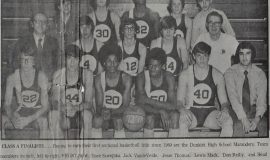 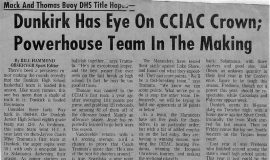 Dunkirk Has Eye On CCIAC Crown; Powerhouse Team In The Making. Observer (Dunkirk), 1973. 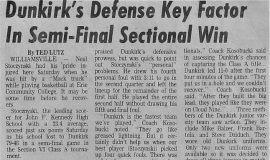 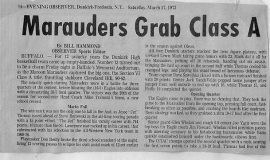 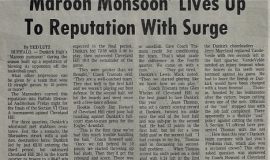 Maroon Monsoon Lives Up To Reputation With Surge. 1973. 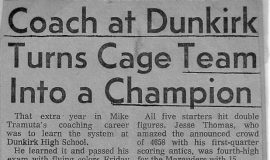 Coach at Dunkirk Turns Cage Team Into a Champion. 1973. 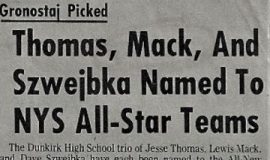 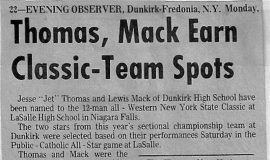 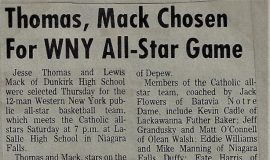 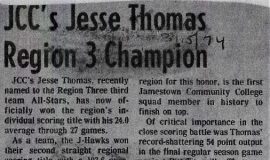 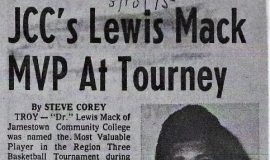 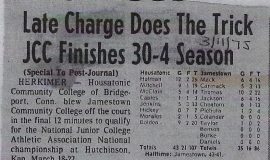 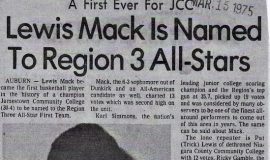 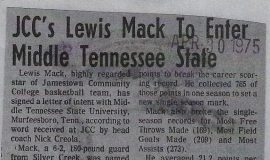