Franchina Earns Yet Another HOF Berth 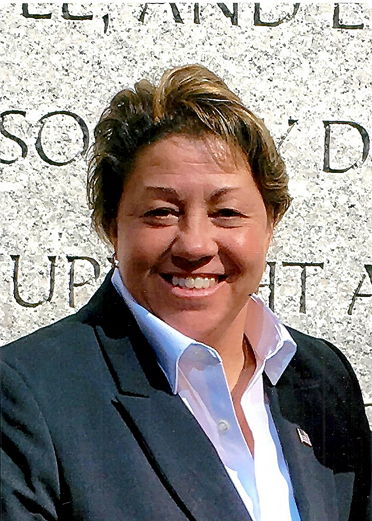 When Lori Franchina was a youngster, she enjoyed accompanying her father, Tony, to the Chautauqua Sports Hall of Fame, which in those days was housed in a storefront at one end of Chautauqua Mall in Lakewood.

The plaques and photos of the inductees mesmerized her.

“The people … were some of my idols,” Lori said.

Imagine then how she felt when she joined that fraternity as a member of the CSHOF Class of 2017 after a standout career in both softball and basketball at Falconer Central School and, later, at Eastern Connecticut State University. Fast-forward to earlier this month when Lori’s resume gained another impressive entry in her athletic resume when she was named one of five individuals to comprise the ECS Athletics Hall of Fame Class of 2020.

“It’s incredible,” she said last week. “I never imagined (that it would happen) when I was playing back then,” she said. “I wanted my teams to be successful and we WERE successful through all our hard work.”

How good was Lori?

Check out her biography, which was compiled by the ECSU sports information office:

“Recovering from a horrific softball injury in the spring of 1992 to earn softball All-America honors the next year might have been enough to put Franchina into the Alumni Hall of Fame. But as a key player on eight postseason tournament teams in two sports, there was more, much more.

“In softball, the four-year starter in center field and at shortstop was named to eight All-New England teams by three different associations. She was honored twice as a freshman in 1991 and one year after sustaining 32 fractures in her face after being hit by a thrown bat early in the spring of 1992, returned to be named All-New England by all three organizations as a sophomore in 1993 — as well as to the NFCA All-America third team — and junior in 1994. Inexplicably, she did not receive regional or national honors as a senior in 1995 despite leading the team in 10 offensive categories, including a career-high .388 batting average.

“For ‘courage, motivation and relentless determination and serving as an inspiration to all,’ the two-sport captain was awarded the prestigious ECAC Award of Valor in 1994. Including her aborted 1992 season when she started seven of the eight games in Florida prior to the injury, Franchina played on four NCAA tournament teams under three different head coaches. She batted .337 in her career and ranks among the all-time top 10 in hits, runs, at-bats, stolen bases and walks.

On the basketball court, she never missed a game in three full seasons as a 5-foot-4 inch point guard, helping the Warriors to postseason tournaments each year, including consecutive NCAA Final Four berths as a freshman and sophomore, and to the program’s first two Little East Conference regular-season titles and first LEC tournament championship.”

“I dedicated my time making sure the game felt ‘right,'” Lori said. “(Growing up) I was able to watch the Kilmartin brothers, Joe Mistretta, my father and all his friends play the way the game looks on TV. … It’s that skill and smoothness. I always tried to play with that integrity.”

“I felt if I pushed and did my job, I’d be successful, and that’s absolutely true,” she said.

As for any advice she would give to a young athlete, Lori was direct and to the point.

“Don’t give up,” she said. “Find somebody to help you with the dream.”

ECSU’s 27th Hall of Fame induction ceremony and social has been postponed this fall and tentatively rescheduled for Saturday, Oct. 16, 2021 at the University’s Betty R. Tipton Room located in the Student Center.