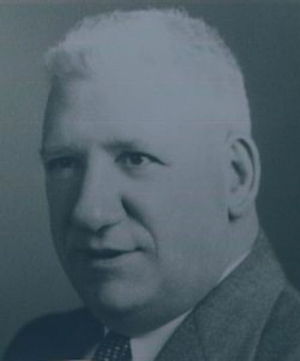 Lory Lodestro
1896–1977
Category
Baseball
Year Inducted
1994
Although just missing the major leagues, Lory Lodestro was one of the top pitchers ever to come out of Chautauqua County and gave countless hours to the youth of the area.

Lodestro was born on January 26, 1896, in Vallelunga, Italy, and came to Falconer when he was four. He attended school until he was 12 and then left to help support his parents and five brothers and a sister.

After World War I service in the Army overseas, Lodestro pitched very successfully from 1918-1923 in the minor leagues for such teams as Syracuse and Newark of the International League, which was just a step away from the majors.

Also, he hurled for Saginaw and Kitchner of the Michigan-Ontario League, Hagerstown of the Blue Ridge League and Petersburg and Rocky Mount of the Virginia League, Lancaster of the Mid-Atlantic League and Lowell of the New England League.

Lodestro later became a player, coach and manager with numerous area baseball teams. He was also an outstanding volunteer as he taught baseball and football to area youngsters for 54 years.

Lodestro was the type of person whose main objective was sportsmanship rather than winning.

In his younger days, Lodestro played tackle for the semi-pro Falconer Merchants and one of his teammates was Henry Mosher, who died in World War I and has the Henry Mosher Post 638 in Falconer named in his honor.

When a brochure was printed commemorating Falconer's centennial, it stated about Lodestro, "He taught us so well, and he died without an enemy in the world; he was low pitch, easy going, a strong man with plenty of courage and a dislike for any reference to star status." Lodestro was married to Grace Ognibene in 1923 and were parents of four children - Lorraine LaMancuso, Sally Gregory, Rose Marie Johnson and Lucian Lodestro and had 10 grandchildren.

Deceased Post-Journal Sports Editor Frank Hyde, who was inducted into the Chautauqua Sports Hall of Fame in 1983, wrote in his 1977 "Frankly Speaking" column that "fellows like Lory Lodestro, the old furniture worker, come along periodically during a lifetime. Often their talents and their great personalities are overlooked until they pass on. Then their true character is appreciated and missed. That was Lory Lodestro, who played sports and the game of life with the gusto of a true champion." 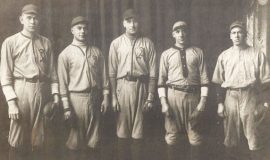