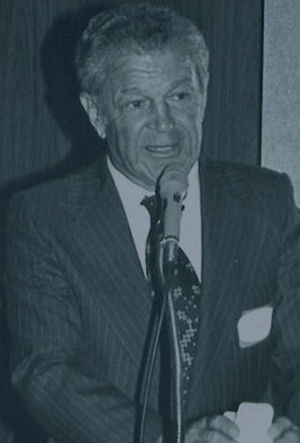 Lou DeSantis
1916–1994
Category
Bowling
Year Inducted
1985
The sports accomplishments of Lou DeSantis, both in the United States and abroad, are numerous and varied. DeSantis was a standout in basketball, softball, track and cross country at Washington Junior High School and won the first all-around athlete medal ever awarded for the three Jamestown junior high schools. As a sophomore at Jamestown High School, DeSantis lettered in football, basketball and track. He transferred to Falconer High School for the next two years and was quarterback of the football team and a guard on the basketball team.

After high school, DeSantis played semi-pro football for the Jamestown Ariels and eventually became quarterback, captain and then coach. In 1941 he quarterbacked the Warren Red Jackets. He also played on numerous baseball and softball teams and was a member of the Malleable Iron basketball and bowling teams. The bowling team held the high team score in Jamestown for 32 years.

From 1945-46 DeSantis was a sports officer for the U.S. Army in Europe and organized all sports programs including the all-Army winter olympics in Garmish, Germany. He was a quarterback of a service football team while stationed in Frankfort, Germany, and was also a member of the all-Army track and field team.

From 1947-50 DeSantis was sports and recreation officer in Okinawa and organized all the sports programs there. After a stint in the Korean War, he held the same position in Tokyo and from 1957-58 he did the same work in Korea and helped build the first golf course and bowling alleys in the country.

From 1958-62 DeSantis was stationed in San Francisco and organized little league, bowling and rifle teams there. He retired from the Army in 1962 after 21 years active duty as a Lieutenant Colonel.

He returned to the Jamestown area in 1960s and was an auto salesman and later owned a dealership. 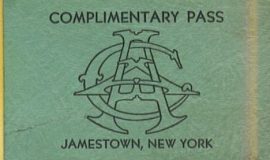 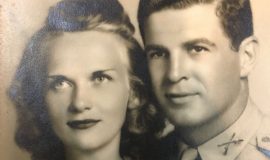 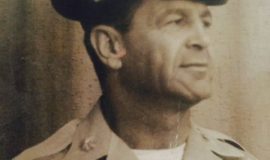 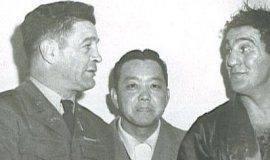 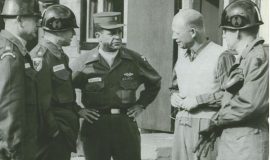 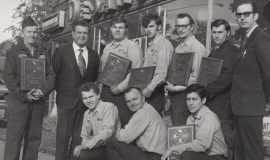 Lou DeSantis (second from left in back row) with his service department in front of his Lincoln-Mercury dealership on West Third Street in Jamestown, 1972. 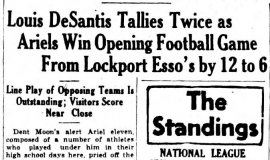 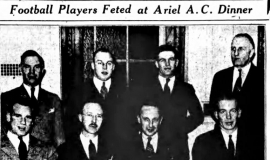 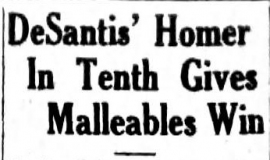 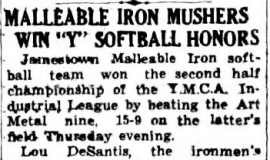 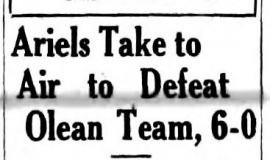 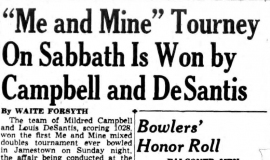 "Me and Mine" Tourney On Sabbath Is Won by Campbell and DeSantis. Post-Journal (Jamestown), January 5, 1942. 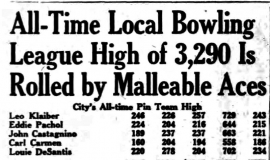 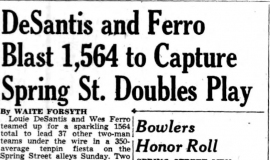 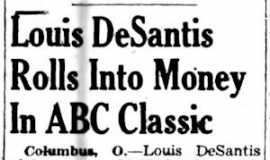 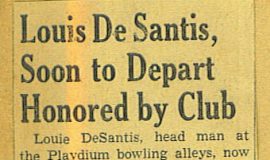 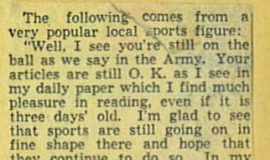 Lou DeSantis' letter to the newspaper. 1942. 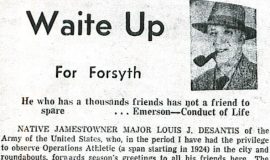 Waite Up for Forsyth. Post-Journal (Jamestown). 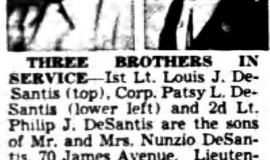 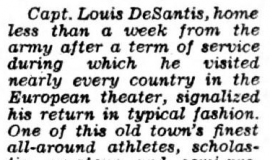 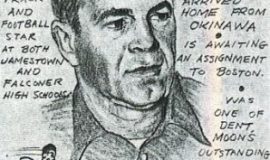 Lou DeSantis in a newspaper feature. 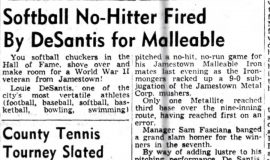 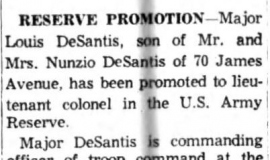 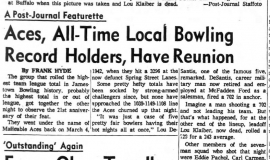 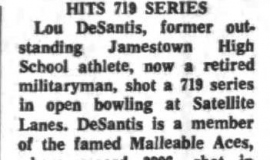 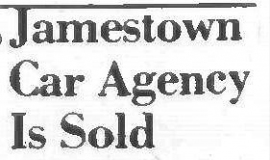 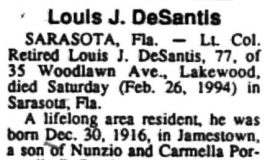