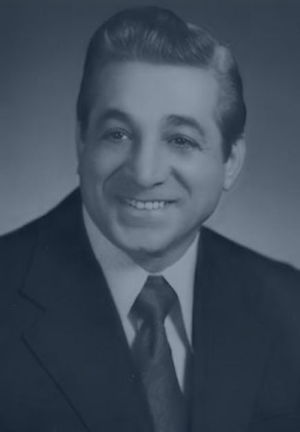 Marion Rizzo
1921–2010
Category
Official
Year Inducted
1988
Marion "Muddy" Rizzo spent most of his life in Chautauqua County and had an impressive career at Falconer Central School.

Rizzo earned 15 out of a possible 16 varsity letters from 1936-1940 while competing in football, basketball, baseball and track for the Golden Falcons. He was recipient of the All-Southwestern Conference football team award, the All-Lake Shore League basketball team award, All-Star Tournament Basketball Player Award and Most Valuable Player awards.

Rizzo received a football scholarship to King College in Bristol, Tennessee, after a two-week tryout. King College eventually discontinued football but he retained his scholarship because he was one of two people selected to serve as supervisor of a required physical education program for students enlisted as military reservists.

While in Bristol, Rizzo started playing for a Class D pro baseball team, the Bristol Twins, a farm club of the New York Giants. His performance during the summer of 1943 earned him a tryout with the Giants at the Polo Grounds in 1944, but Rizzo was unable to attend because he was on active duty as a Navy officer in Europe preparing for the invasion of Normandy.

Also while at King college, he was on the basketball team from 1940-1943. Rizzo was an assistant football coach to "Tex" Dain at Jefferson Junior High School from 1948-1952 and from 1948-1968 he was a member of the Chautauqua Chapter of Certified Football and Basketball Officials. He was also a member of national and international affiliation of chapters of certified Football and Basketball Officials. 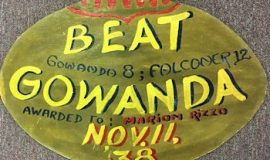 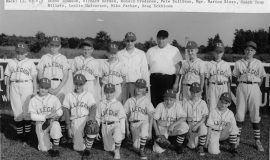