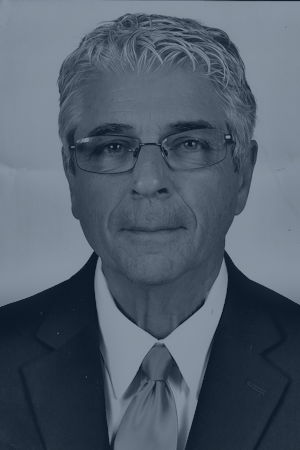 Orlando attended Westfield Academy Central Schools through his junior year of high school, then transferred to Cardinal Mindszenty for his senior year. He played football, basketball and baseball at Mindszenty, earning First Team All-Catholic All-Star recognition as a quarterback.

Mark received a full grant-in aid scholarship to Florida State University to play football. He was a quarterback for the Seminoles from 1971-1974, including being the starter during the ‘73 season.

Following graduation, he was the quarterbacks and wide receivers coach at Lincoln High School in Tallahassee, FL for 2 years before securing his first college coaching assignment at Florida A&M from 1978-1983. Initially he was the running backs coach, then the quarterbacks and receivers coach and finally the passing game coordinator. FAMU won the NCAA Division 1-AA National Championship in ‘78.

Orlando’s next job was at Tennessee State where he was the running backs coach, then the offensive coordinator. The Nashville, TN college was ranked #1 in Division 1-AA in ‘84.

Following a three-year hiatus away from the game, Mark became the offensive coordinator, quarterbacks and receivers coach at Winston Salem State from ‘91-’92.

The next stop on the Orlando coaching journey was Texas Southern where he served as offensive coordinator for 2 years at the Houston, TX university.

In 2004, Mark returned to Southern University and remained for five years, first as running backs and tight ends coach and later as offensive coordinator.

Bethune-Cookman University won the MEAC Conference championship in 2010 during his two-year stint at the Daytona Beach, FL school as offensive coordinator.

From 2011-2014, Orlando coordinated the high-powered offense at Prairie View A&M who ranked at or near the top of the SWAC Conference in most offensive categories.

Next up was the Alabama State Hornets’ offensive coordinator position in Montgomery, AL from 2015-2018. 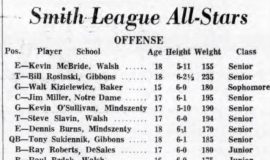 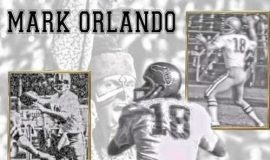 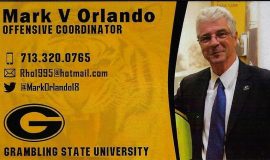 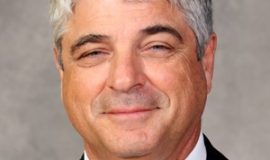 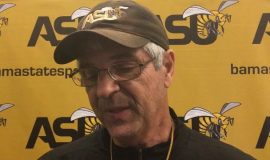 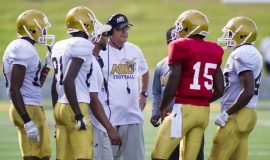 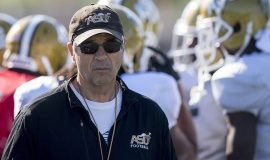 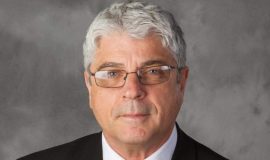 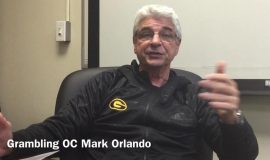 New Grambling State offensive coordinator Mark Orlando shares what stuck out to him most while studying the offense on film. Monroe News Star, March 5, 2019. 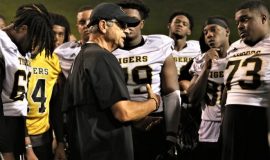 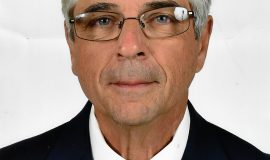 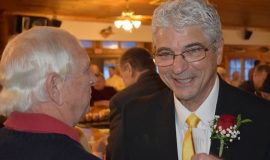 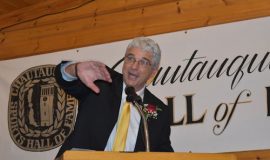 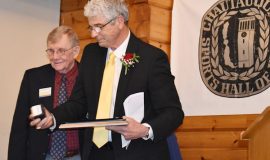 Mark Orlando, right, leaves the stage at the Lakewood Rod & Gun Club after being inducted into the Chautauqua Sports Hall of Fame. At left is CSHOF secretary Russell Ecklund. P-J photo by Scott Kindberg.