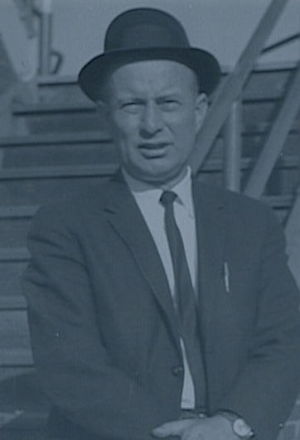 Marty Haines
1916–1987
Category
Bowling
Year Inducted
1982
Jamestowner Marty Haines is the only local man ever to be named president of the New York State Bowling Association. When his tenure expired he remained a member of the executive committee and chairman of the nominating committee.

Haines was secretary-treasurer of the Jamestown Area Bowling Association for more than 25 years. He was honored a few years ago by the Trans-World Bowling association to spread the word of bowling around the world.

He and his wife Rita traveled through France, Italy, Holland, Belgium and other countries assisting in the planning of bowling establishments and forming leagues.

Haines didn't stick just to bowling. He was also general manager of the Jamestown Falcons of the New York-Pennsylvania League in the 1960's. 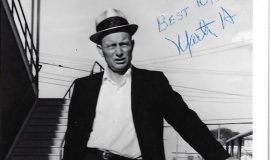 Marty Haines as general manager of the 1966 Jamestown Dodgers of the NY-P League. 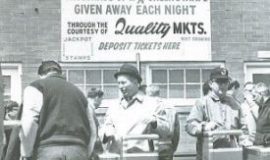 Marty Haines working at the turnstiles at College Stadium. 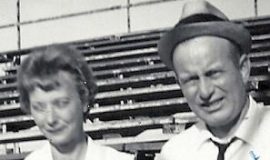 Marty Haines and his wife Rita. 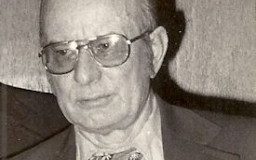 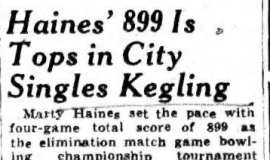 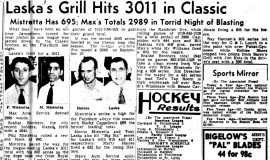 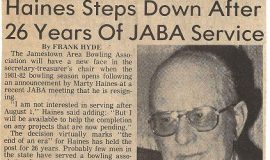