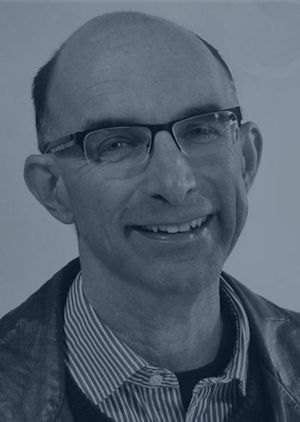 The Reverend Mel McGinnis continues to loyally serve his congregation each day as the senior pastor of the Kiantone Congregational Church, a position he's held since August 2001.

He has also managed to find time in his often busy life to become an outstanding track and field athlete, so much so that it led him to the U.S. Olympic Training Center, where he trained as a racewalker, qualifying for the Olympic Trials in 1984.

Racewalking is a unique and very difficult sport. Walkers must walk in a rigid format, keeping one foot on the ground at all times. When placing their feet on the ground, a walker's foot must be in a straight line with no bent knees. Mistakes can be costly and even lead to disqualification.

McGinnis has perfected these techniques and the results speak for themselves.

His athletic career began back at Brockport High School, where he was a member of the cross country team during his junior and senior years. The team's record was 40-0. He also played on the school's basketball team.

Upon graduation, he headed to Spring Arbor College in Michigan, where he became the only National Association of Intercollegiate Athletics (NAIA) champion in track and field in school history. He also carried a 4.0 average.

After earning a bachelor's degree in social science in 1982, McGinnis moved on to the Olympic Training Center for the next two years in Colorado, where he was ranked as one of the top 10 racewalkers in the country. A two-time Olympic Trials qualifier in 1984 and again in 1988 in the 20-kilometer and 50-kilometer events, he was also a four-time Empire State Games gold medalist in the same races.

In 1983, McGinnis was a guest competitor at the U.S. Olympics Sports Festival and was the TAC National 5-kilometer silver medalist. In 1986, he returned to the Sports Festival and earned a fourth-place finish in the 20-kilometers race. In that same year, he was a silver medalist in the same event at the Empire State Games and won the silver at the TAC National 10 kilometers.

McGinnis continued to collect honors in his specialty in 1987, claiming the gold in the Empire State Games in the 50 kilometers, but a big moment came his way some nine years later when he set a record in the 50K at the ESG, a mark that still stands today.

Spring Harbor College inducted McGinnis into the school's Hall of Fame in February 1999, but he was far from finished. 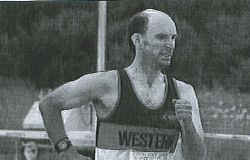 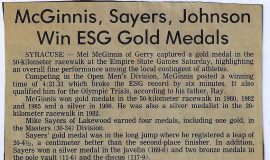