When the Buffalo All-Americans faced the Canton Bulldogs at New York’s Polo Grounds on December 4, 1920, it was billed as the first big showcase for the new professional football league. Promoters were seeking two top teams to give a demonstration of the higher skill of the pro game for the New York media. Along with the Akron Pros, the Bulldogs - the traditional powerhouse with their lineup of stars - and the upstart All-Americans were considered the elite teams of the fledgling American Professional Football Association.The All-Americans featured a veritable constellation of stars, including several Walter Camp all-Americans such as backs Ockie Anderson of Colgate and John “Bodie” Weldon of Lafayette, guard Adolf “Swede” Youngstrom of Dartmouth, and ends Heinie Miller (Pennsylvania) and Murray Shelton (Cornell). The Bulldogs, of course, featured the who’s who lineup of the day, including future hall-of-famers Wilbur Henry, Joe Guyon, and perhaps the greatest player of his era, Jim Thorpe.

This would be the All-Americans’ first road game all season, having spent the previous nine at either their usual home field at Canisius College Villa, or the Buffalo Baseball Park. If it was any consolation, Buffalo was tapped as the home team for this rematch. Canton had won the first tilt with Buffalo two weeks earlier, as Al Feeney booted a field goal late in the fourth quarter to secure a 3 to 0 victory.

Reports of the game place the attendance at approximately 12,000, most of whom had come to see the Thorpe. They got their first glimpse of the legend when he strolled to midfield with Buffalo coach Tommy Hughitt for the pre-game coin toss.

“Hello, Jim,” said the old Michigan quarterback. “How is the old man today?”

The social amenities were interrupted by referee Robert “Tiny” Maxwell, who inquired which of the two was to call the toss.

“Jim,” said Hughitt, “did you ever guess right in your life?”

“Never made a mistake in my life,” boasted Thorpe.

“Not before this time,” Hughitt responded. “You call.”

With that, Maxwell flipped the coin into the crisp New York air. As it spun, Thorpe called “Tails!” When the coin finally came to rest on the field, his alleged perfect record remained intact.

Coach Hughitt devised a game plan in which every play was to be run straight at Canton’s huge lineman Wilbur Henry (also known as “Fats” or “Pete”). According to football historian George Sullivan, Tommy instructed his players to attack Henry all at once. “We’ll show him who’s boss,” Hughitt resolved.

On Buffalo’s first possession, Hughitt instituted his game plan. Henry--a formidable presence at 6 feet and 250 pounds-- imploded the entire right side of the Buffalo line, rushed into the backfield and tackled the ball carrier for a loss. Tackle Lou Little, one of the victims of Henry’s assault, staggered to his feet and moaned, “Damn you, Pete.”

Swede Youngstrom, who lined up next to Little, shot back at his line mate, “Keep your mouth shut, Lou. Just get up like a gentleman. Let’s not get Pete mad and have him stomping us.” From that point, Buffalo had a new game plan. No more plays were run at Henry.

The game soon deteriorated into little more than a punting contest between Thorpe and Buffalo’s booters, Bodie Weldon and Ockie Anderson. Canton barely missed taking the lead in the second quarter when a Thorpe drop kick from 42 yards out missed by inches. Canton capitalized early in the third quarter, however, as Thorpe booted a 17-yard field goal, giving the Bulldogs a 3 to 0 advantage. Shortly thereafter, Buffalo’s defense provided the points its offense could not, as Swede Youngstrom broke through the Canton line to block a Thorpe punt, picked up the errant ball and raced the remaining 20 yards for the touchdown. Weldon’s conversion made it 7 to 3 in the All-Americans’ favor, which proved to be the final score.

The normally reserved New York media was duly impressed with the skill and discipline displayed by these professional clubs. According to the New York Times, the notion that “former stars of the college world loaf through the game, a charge that has sometimes been made against professional football, was dissipated early. For men who have not been carried through weeks of preparation at a training table the stamina of the players was remarkable. The tackling was about as hard as two teams ever crowded into one game, but the pros were up and smiling almost as soon as they hit the dirt.”

Robert W. Maxwell of the Evening Public Ledger wrote: “It was like twenty-two coaches getting together and putting on a regular game. No mistakes were made. . . . It was a wonderful display of high-class football.” And he should have known—he had a bird’s-eye view. Maxwell the writer was the very same Maxwell who had officiated the Buffalo- Canton contest.

It could be argued that the success of the Buffalo-Canton game sold the Big Apple on professional football. There is little doubt that the long-term viability of the league hinged on its ability to sell in the big markets, and none was bigger than New York. Over the next five years, the league would experience a shift away from smaller cities such as Rochester, Hammond, Akron, and Decatur in favor of the big metropolises of New York, Philadelphia, and Chicago. Franchise owners and promoters marveled at the attendance figures of this game and took little time in recognizing where the future of pro football laid.

***
Postscript: The victory avenged Buffalo’s earlier season loss to the Bulldogs, and left the Orange and Black with a record of 8-1-1 and a chance at the league’s first title. The All-Americans departed immediately after the Canton game for the Queen City, where they were scheduled to play the 7-0-3 Akron Pros the very next afternoon at Buffalo Baseball Park—ultimately for the A.P.F.A. championship. Playing games on consecutive days, or even several games within a week’s span, was a daunting prospect, but such was the life of the professional football player in the Roaring ‘20s. Fortunately for Buffalo, no serious injuries were incurred during the Canton game. “If we lose the football title Sunday afternoon,” Frank McNeil told reporters afterward, “we will have no excuses.”

However, the weary All-Americans could manage only a 0 to 0 draw with Akron. The undefeated Pros were awarded the title. 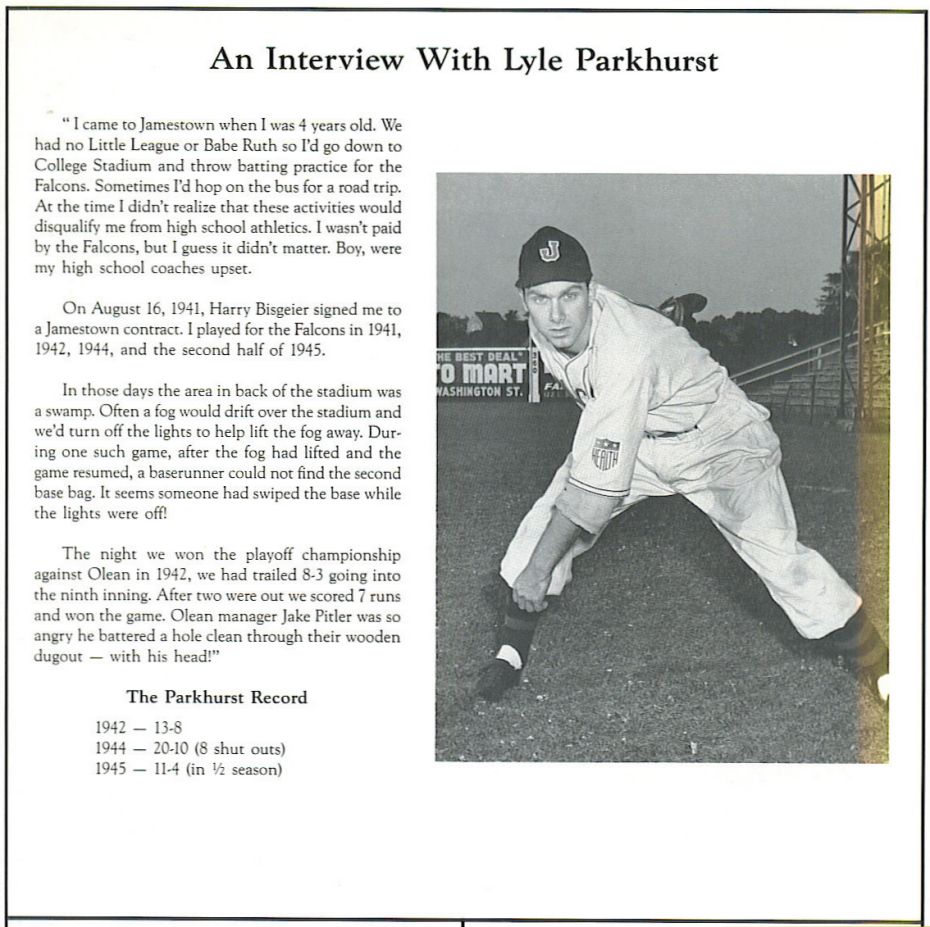