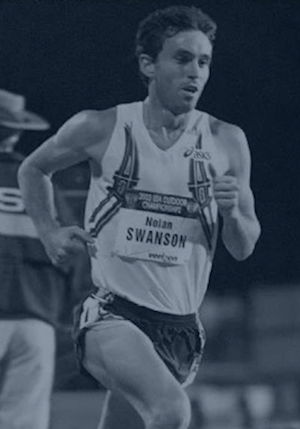 John Sharpe couldn't help himself. After all, it was his grandson's first road race and even though Nolan Swanson was barely in his teens he was running like a seasoned veteran. The young man was clearly the class of his age group. Seizing the opportunity as grandparents are known to do, Sharpe approached another man standing nearby and said proudly as Nolan ran by, "That's my grandson and he's going to the states some day." Not missing a beat, Sharpe's newfound friend responded, "I hope so." The friend was none other than Arden Downey, the Sherman Central School cross country coach, who, unbeknownst to Sharpe, had already been working with the precocious Swanson.

As predictions go, Sharpe was right on the mark, as his grandson went on to the cross country states four times during his high school career, ultimately winning the Class C-D title as a senior. And that was only the beginning for Swanson in what has turned into a fabulous running career that has taken him from high school phenom, to college All-American and, ultimately, to one of the top middle distance runners in the United States.

Mary and Mel Swanson had an idea that their oldest son would excel in sports after a conference with Deb Palmer, who was Nolan's kindergarten teacher during his one year at Panama Central School. Debbie once said, "This kid is going to be a whale of an athlete," Mary Swanson recalled.

How prophetic. During his career at Sherman, Nolan won the 1993 state cross country championship, was chosen to the all-state team and was a second-team all-Northeast choice.

On the basketball court, he earned all-state mention and was a McDonald's All-American nominee. He even played baseball in the spring because, without a track, Sherman had no track team. And no matter what the season, winning was all that mattered to Nolan.

By the time his senior year rolled around, he was regularly receiving calls from college coaches, hoping to recruit him for their track and cross country programs.

"When he went to the (Junior Olympic) nationals and won (the steeplechase) the summer before his senior year it was getting to be pretty obvious that if he was going to go Division I in any sport that track was going to be it," Mel Swanson said. Wake Forest turned out to be the right fit. John Goodridge, Nolan's coach for the Demon Deacons, admitted that the Sherman resident didn't have the classic background when he arrived in Winston-Salem in the fall of 1994. Of course, how many Division I recruits come from a high school that didn't even have a track?

"We've been thrilled he selected Wake and obviously thrilled that he has developed the way he has," Goodridge said in 1998. "Each year he seems to be getting better and better. It's turned out to be a very exciting story."

Included among the highlights during Nolan's Wake Forest career were:

The Arnold Palmer award requires some explanation. The award, named after the legendary PGA golfer and Wake Forest alumnus, is given each year to the university's top male athlete. In 1997, Tim Duncan, who became an NBA all-star, was the recipient, but the next year, Nolan became the first cross country/track and field athlete in school history to receive the award.

"For Nolan to get that award is very special," Goodridge said in 1998. The award is based on athletic merit and it paved the way for the future. He's sort of broken that barrier. People can reflect and say that it's OK to vote for a (track athlete).

Some of Nolan's other Wake Forest accomplishments include:

Also in 1999, Swanson signed a professional contract with Nike Running and a sponsorship agreement with Applied Materials Inc.

By 2000, Nolan was the 3K champion of the Michigan indoor meet and placed sixth in the 3K at the USATF indoor nationals.

In 2001, Nolan was very busy, running in races from Jacksonville, Florida, to Vancouver, Washington, and points in between. He was:

In September 2002, he was chosen to the ACC's 50th Anniversary cross country and track and field teams. The squads were voted on by the nine league institutions as decided by the league's 50th anniversary committee.

In November 2002, Nolan placed seventh in a personal-best 10K time of 28:33 at the Food World Senior Bowl Charity Run in Mobile, Alabama, which earned him a berth on the U.S. national road team. That squad traveled to Japan where it competed against other teams from all over the world. Also that November, Swanson finished third in the Manchester (Connecticut) Road Race in 22:09, the first U.S. runner to complete the 4.7-mile course. More than 13,000 runners competed in the event.

At the time of his induction in early 2003, Nolan, running for Asics, was scheduled to compete in the USA cross country nationals in Houston. With a good showing, he was hoping to earn a berth on the world cross country squad.

During his professional career, Nolan has trained under Bill Bowerman, the legendary former University of Oregon coach. 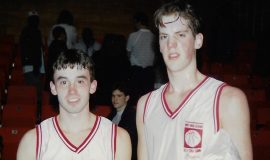 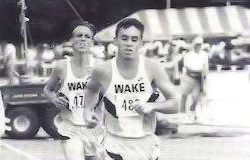 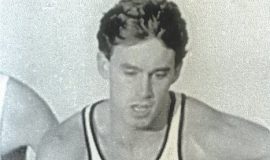 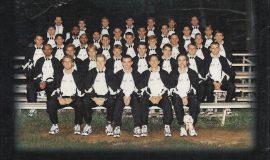 Nolan Swanson is front row center in this 1996-97 team photo. His brother Patrick is far right in the second row. 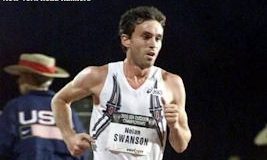 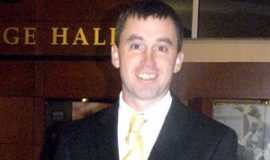 Nolan Swanson was one of five people inducted into the Wake Forest University Sports Hall of Fame in 2010. 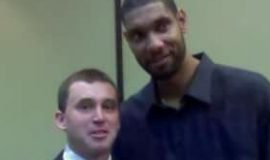