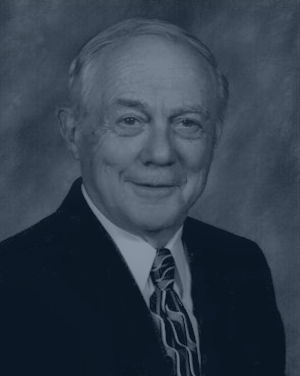 EDITOR'S NOTE: The following article by Scott Kindberg originally appeared in The Post-Journal on January 23, 2017.

If a picture is indeed worth a thousand words, then the photograph that appeared in the Dunkirk Observer on June 5, 1991 told quite a story.

The accompanying story, written by sportswriter Bill Hammond, provided details of the victory against the previously unbeaten Lady Warriors.

"We've got just a super bunch of kids," Cooley told Hammond that day more than 25 years ago. "I knew on the way up on the bus that they were ready today."

Cassadaga Valley's victory was a fitting gift from players to coach as Cooley and his wife, Martha, celebrated their 36th wedding anniversary that day as well.

Next month will mark another milestone for the Gerry resident: induction into the Chautauqua Sports Hall of Fame.

Cooley has been a baseball umpire for 35 years, a basketball official for more than 50 and a beloved teacher/coach at CVCS for more than three decades.

How revered is Cooley in his hometown?

Last June, the Gerry community held a Paul Cooley Day at the town park in recognition of his contributions to the town and the school through his officiating, coaching and his volunteerism, including his role with annual Gerry Volunteer Fire Department rodeo. Judging from those who know him best, the honor was fitting.

"I have known Mr. Cooley since I was about 7 years of age when he would donate his time and umpire our Little League baseball games," Brad Barmore, now a physical education teacher at Sherman Central School, wrote in his letter of recommendation in 2015. "Every game he would teach us kids at least one life lesson. From the ages 7-12, Paul was an umpire, someone I idolized and looked up to as a leader. Now, Mr. Cooley and I umpire baseball games together on occasion. Everything I have learned in the game of baseball I learned from him."

During his years at CVCS, Cooley coached several sports and had just one losing season, highlighted by the softball team's trip to the state final four in 1991. In addition to teaching, Cooley was the school's newspaper adviser for 31 years, and his journalism students won more than 50 awards and he was selected as one of 15 journalism teachers nationwide for a summer fellowship grant at Syracuse University in 1963. The designer and teacher of a photography class at CVCS, he started a camera club that impacted many students, most notably alumnus Jeff Crandall.

"This year was my 40th high school class reunion and thanks to Paul Cooley, I marked the 40th year of being a professional photographer," Crandall said in an article accompanying Cooley's CSHOF file. "In the past four decades, photography has been both a passion and a way of life for me. It has opened the door to incredible adventures. … I bring these things up not to brag, but to make a simple point — just look at the impact a person can have on another person's life. For me, that person is Paul Cooley."

Added Lisa Pantall in her letter of recommendation: "I think it's safe to say that Mr. Cooley has made Cassadaga Valley a better place to be. With a motive nothing more than a sincere love of mankind, he has touched the lives of many people. I wish only that the students of the future will have a teacher that can offer all that Mr. Cooley has." 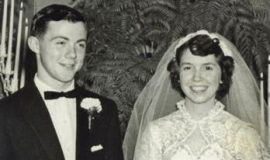 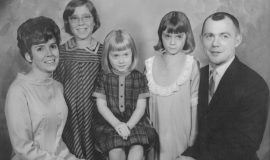 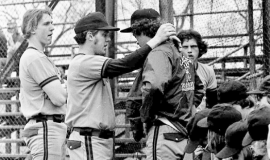 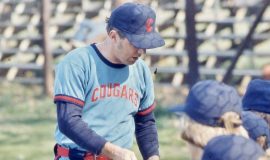 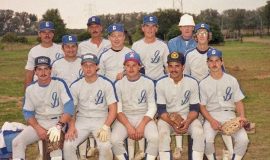 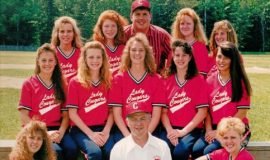 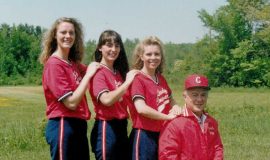 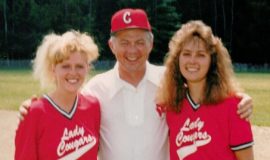 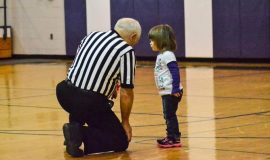 Paul gets advice from a young fan at Pine Valley. 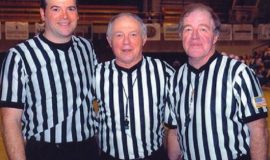 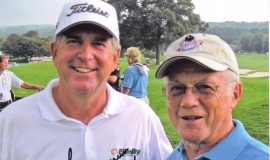 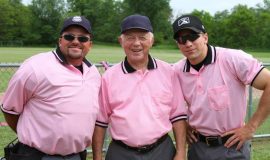 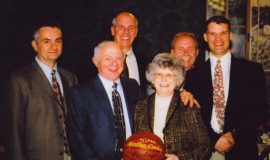 Martha Cooley, receiving a commemorative basketball from IAABO Board #39 for attending over 1,000 basketball games watching her husband Paul referee. 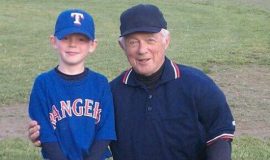 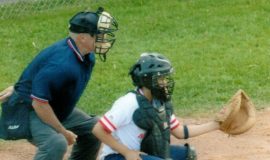 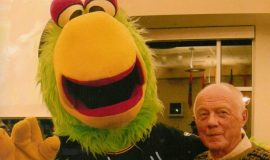 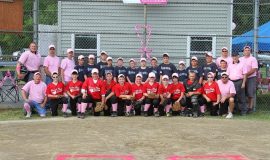 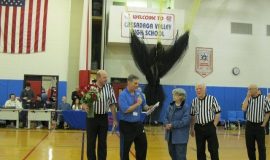 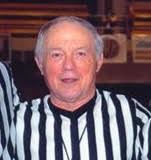 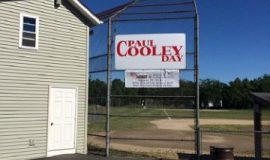 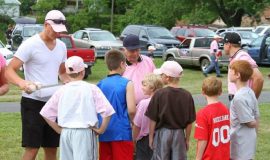 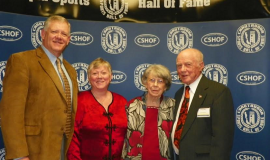 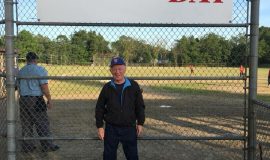 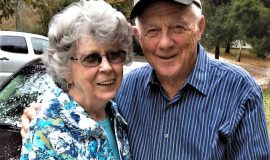 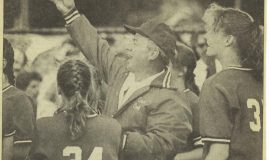 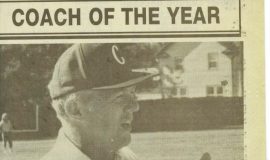 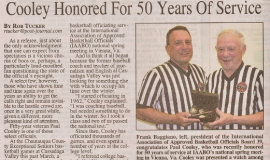 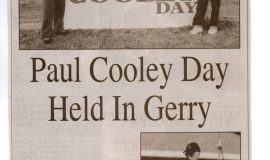