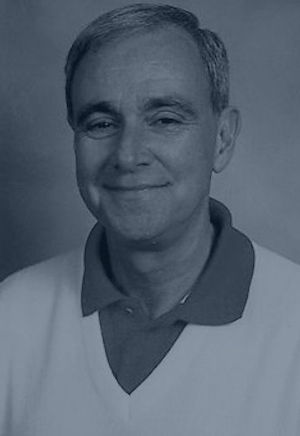 Pete Hubbell
b. 1936
Category
Media
Year Inducted
2001
The son of legendary Buffalo-area broadcaster, Ralph Hubbell, Pete Hubbell's smooth voice and easy delivery were a significant part of the area's sports scene from 1967 when he joined WJTN until his retirement in 1998.

During his 32-year career with the station, Hubbell broadcast more than 2,000 different sporting events, including hundreds of high school football, baseball and basketball regular-season and playoff games, Little League baseball, hundreds of Jamestown Community College men's basketball games, including several NJCAA Region 3 tournaments both at home and around the state, as well as several trips to Hutchinson, Kansas, for the Jayhawks' appearances in the national tournament. He also provided coverage of Jamestown Expos Class A baseball games, many area golf tournaments, nearly 100 Babe Ruth World Series games, the Jamestown Area Soap Box Derby, 10K races, water sports on Chautauqua Lake and created and hosted the nightly "Sports Talk" call-in program on WJTN for more than 17 years.

Almost as recognizable as Hubbell were his broadcast partners that included Bob Finley, who worked with him for nearly two decades. Finley was followed by Skip Pierce for several years after that and finally Mike Taylor, who replaced Hubbell as the station sports director after his retirement.

Hubbell was born in Buffalo on March 22, 1936, and attended Bennett High School, graduating in 1954, where he was a four-year letterman in both basketball and baseball. He was the captain of the basketball team during his senior year at Bennett and was a first-team Yale Cup All-Star with a 14-point per game average. His team recorded a 13-1 record that year.

He then moved on to Colgate University where he majored in English and history and also continued to play basketball until a knee injury prior to his senior season ended his career.

Hubbell continued to play baseball, competing in the Buffalo MUNY league from 1952-58, was an AAABA All-Star and played in the national tournament in Johnstown, Pennsylvania, in 1954.

Hubbell joined the National Guard in 1958 and had just started his broadcasting career at WESB in Bradford, Pennsylvania, when a car accident put him out of commission for a while. After recovering Hubbell contacted a family friend, Si Goldman, who put him to work at WGGO Radio in Salamanca.

He then worked at WBJA in Batavia as the station's sports director before Goldman hired him at WJTN in March of 1962, where he replaced Dave Hunter, who he had roomed with while he was working at WGGO years before.

For the next three decades, Hubbell became one of WJTN's featured on-air personalities. In addition to working with station management to expand the sports department and play-by-play coverage of local sporting events, Hubbell also became a recognizable voice as an afternoon and evening program host for the station and also spent considerable time on the road doing remote broadcasts for dozens of local businesses and organizations. He also served as a master of ceremonies for many area sports banquets, including the Chautauqua Sports Hall of Fame induction dinner, and other functions during his career.

After 32 years on the air, Hubbell retired from WJTN in early 1998 and headed south to enjoy a golfing retirement in Siesta Key, Florida. 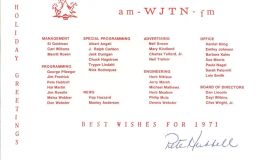 Western NY residents may recognize many of the WJTN staff names on Pete Hubbell's 1970 Christmas card. 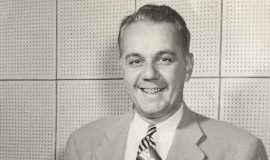 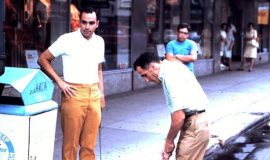 This 1971 photo shows Pete Hubbell and Jim Roselle engaged in a "goofy golf" putting contest that started at the old WJTN studios on West Third Street in Jamestown and ended at Maplehurst Country Club in the Town of Busti several miles away. The promotion was sponored by Collins Sports Shop and was the idea of Dana Lindstrom, a Collins' employee. 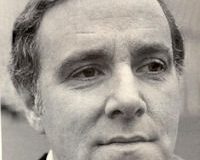 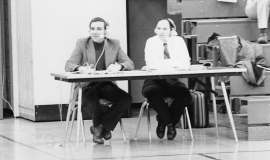 Pete Hubbell and Dan Crippen. Circa 1978. 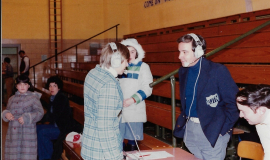 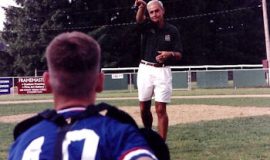 Pete threw out the first pitch at the 1998 13-year-old Babe Ruth All-star game at Bergman Park. 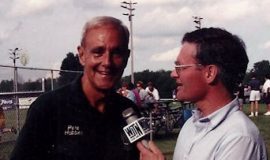 Pete was interviewed by Terry Frank of WJTN following the first pitch. 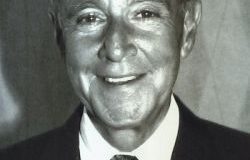 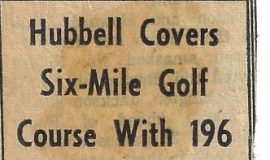