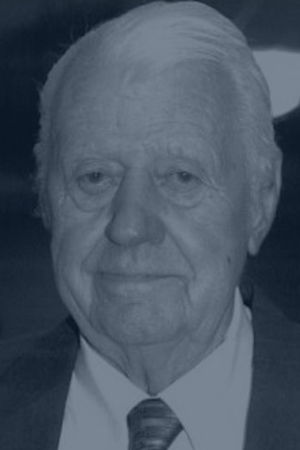 Known by the nicknames of Swede and Froley, Erickson was born in Youngstown, Ohio, on June 8, 1917 and moved to Jamestown when he was 4. Erickson played basketball at Jefferson Junior High School in 1933 and 1934 and then had an outstanding career in football and basketball at Jamestown High School in 1935 and 1936. He played for coach Denton Moon in both sports. He was captain and high scorer in basketball and was an All-Western New York selection in football as an end.

In non-school related activities in the 1930s, Erickson played football for Ariel Athletic Club. He also helped Art Metal Construction win the YMCA basketball championship in 1937-1938 and was a softball pitcher for Jamestown Moose and baseball pitcher for the Nordic Temple.

While playing in the YMCA toumament, Erickson was approached by Syracuse University, which had been scouting him in both basketball and football. He accepted a scholarship to Syracuse and was then sent to Folk Union Military Academy in Virginia.

He excelled in his one year at Folk Union Military Academy, considered one of the top prep schools in the country. He was named an all-state end in football and an all-state forward in basketball while winning state titles in both sports.

During the post-season in basketball, Folk Union played Durham High School in the finals of the Washington & Lee University Southern Atlantic Prep Tournament in Lexington, Virginia, and lost one of their few games to a team that had won around 60 straight contests. Among the players for Durham was Bones McKinney, who was a very successful coach at Wake Forest.

Erickson decided to go to Richmond University in the fall of 1939 where he played four years of football and basketball for the Spiders and made quite a name for himself. He also won the freshman class senatorship and was named to the all-state freshman basketball team.

Erickson was captain of the basketball team in 1942-1943 when he was a senior and the Spiders scored a big upset of Washington & Lee, 45-36, that knocked the latter out of the Big 6 Championship. Erickson tossed in 13 points to lead the way.

He was always one of the top scorers on the basketball team during his career and during his junior campaign scored 181 points in 19 games. He received honorable mention all-state recognition.

During the 1941 football season, Erickson and Richmond were matched up against North Carolina State, which had Ray Benbenek of Jamestown on its team.

One of his football highlights was a pass he caught in Richmond's 14-13 win over North Carolina in 1940.

Erickson served in the United States Navy in Gene Tunney's Fitness Program from November 1943 through April 1946 and was a First Class Petty Officer. He was captain and high scorer for Philadelphia Naval Hospital basketball team in 1946.

On June 28, 1946, J.D. Holahan of the Pittsburgh Steelers sent a letter to Erickson advising him to attend the training camp in Hershey, Pennsylvania, on August 5. Unfortunately, an injury suffered in softball that summer kept him from getting that opportunity to try out for the Steelers and a shot at making the National Football League.

Among the volunteer work that Erickson was involved in was to raise money for the Duke University Children's Hospital. Also he was involved with the Sertoma Club. Erickson also played semi-pro basketball for the Richmond Barons, comprised of players from various Virginia colleges. 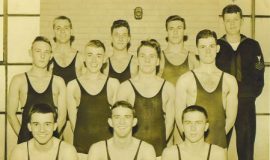 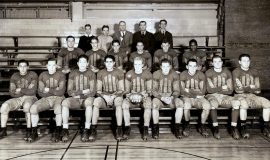 1935 Jamestown High School football team. Robert Erickson is in the middle row, second from right. Sam Hammerstrom is in front row with ball. 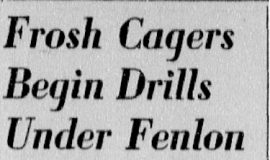