MacTavish Honored For Years Of Service 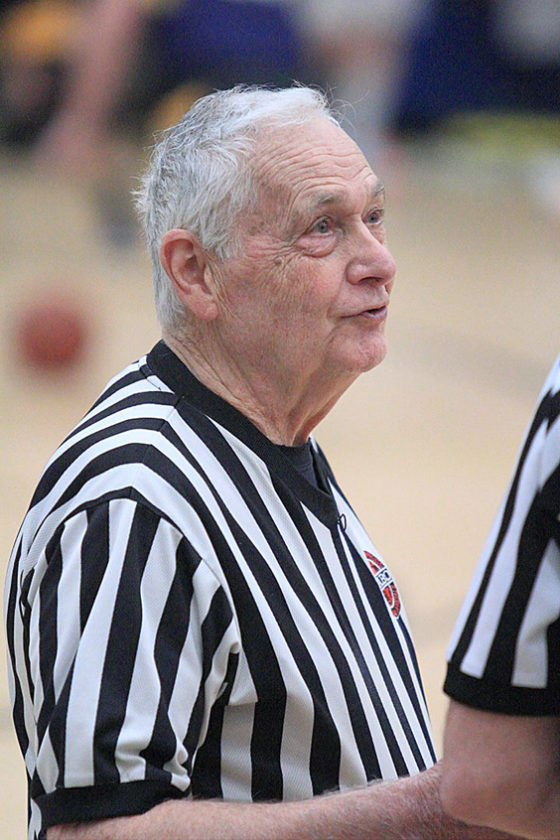 Longtime basketball official Roger MacTavish was honored Friday night prior to the Sherman at Panama boys varsity game. MacTavish became a certified official in 1955, joined the IAABO Board 39 that year and has been officiating games ever since. Above, Loren Smith, a modified boys and girls basketball coach at Panama, presents MacTavish with a plaque. MacTavish also received a dinner gift certificate as well a few gag gifts from the Panthers’ coaching staff.