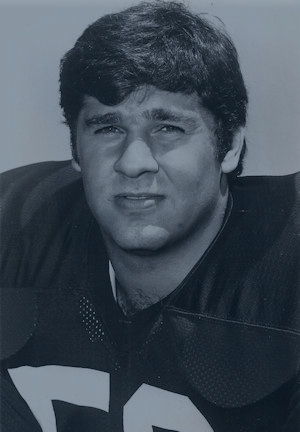 Westwood Drive in Jamestown was the place to be in the mid-to-late 1970s if you were a fan of sandlot sports.

At least that's the opinion of Chris Olsen, who grew up on that block on the city's westside.

"Every night was everything — from football, basketball, kickball, dodgeball, pretty much anything with a ball," Olsen recalled.

There was also one other constant:

"It didn't take long," Olsen recalled, "before everyone in the neighborhood knew which team they HAD to be on."

That team was the one with Sam Restivo calling the shots.

"Even as a young kid, Sam Restivo was special," Olsen said. "Sam was the kind of athlete that you stood back and watched whatever he was doing, because you could always be sure Sam was doing it like no one else could do it, working harder than anyone else could work, and then working some more."

Olsen, who was a couple years younger than Restivo, lived a couple doors down the block and was privileged to have a "front-row seat for all of it."

"Balls hit farther than anyone else in the City Rec baseball league, tee shots hit as far as the adults at Maplehurst (Country Club), and catching, running, blocking, tackling, hitting, especially hitting... like no one I had ever seen up close before, or since, in football.

"The ability to drive the lane in hoops no matter who was on defense, then get his own rebound for another shot, then another, OK, sometimes another,” Olsen continued. "Like all of the great ones, Sam Restivo was something special to watch. It wasn't long before our westside neighborhood secret was well known by all."

Trying to prioritize Restivo's athletic successes at Jamestown High School would be problematic, but following are a few, courtesy of his lifelong friend and classmate, Tom Brigiotta:

Restivo lettered three years in football, earning all-state honorable mention honors in 1978 followed by a first-team selection in 1979 when he was a Connolly Cup finalist (an honor bestowed on Western New York's best high school player). The first-team selection resulted in his jersey being retired.

Other highlights in Restivo's Red Raider gridiron career include:

Noted Olsen: "On the sidelines (I watched) Sam do things that no one else could do at the most critical times of the game, working harder than anyone else, (with a) look of determination on his face that could only be described as Jordanesque. Focused, 100 percent focused, just like on Westwood Drive. As always, Sam Restivo was an other-worldly, exceptional athlete."

But there was more to come after he graduated from JHS.

The recipient of a full scholarship to Florida State University, Restivo played for legendary coach Bobby Bowden, ultimately splitting time at center as a junior with an honorable-mention All-American while also being the long snapper on special teams; and played in three bowl games — the Orange (1981), Peach (1983) and Gator (1984).

According to the Florida State Peach Bowl Media guide, "Sam Restivo... is another senior center - as good as (Tom McCormick), a couple FSU coaches say."

Ironically, Restivo's successful collegiate career overlapped with Shane Conlan, another area native, who would earn induction into the Chautauqua Sports Hall of Fame after an All-American career at Penn State University and a nine-year stint in the National Football League

In fact, Restivo played in the Gator Bowl the same year that Conlan played in the Aloha Bowl. In an article that appeared in The Post-Journal, Restivo was asked what advice he would give to Conlan about playing in bowl games.

"I would tell anybody, 'Go out, practice hard with intentions of winning, but have fun,'" he said. "'Make the most of it and be proud that you've made it that far.'"

In an athletic career that had few rivals, Restivo has reason to be proud. 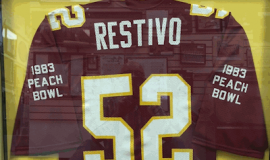 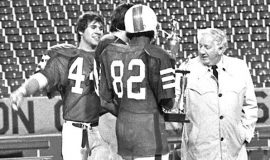 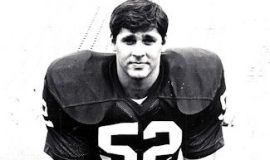 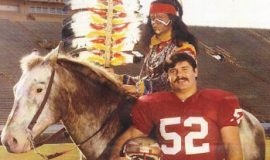 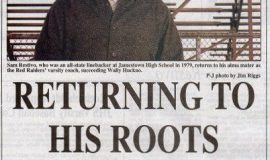 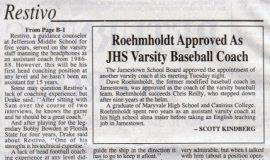