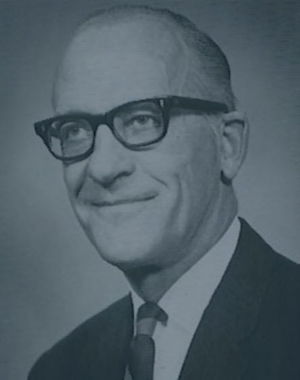 His accomplishments began at Chautauqua Central School. He lettered in basketball for four years, 1925-29, and was an all-star forward in 1929. For three years in a row Chautauqua won the county championship and represented the county in Buffalo in the days before schools were classified according to enrollment.

He also lettered in track for three years, tennis for two years, baseball for three years and was named the school's outstanding athlete his last two years. In track he won the county 100 and 220 yard titles in 1929 and finished first in the 100 at the sectionals.

Hardenburg went to State Teachers College in LaCrosse, Wisconsin, and lettered in football for two years and basketball for three years. He also played on the tennis and soccer teams. He was selected all-conference guard in basketball in his junior and senior years, and team captain his senior year.

After college his playing career continued with football, basketball and baseball teams in Mayville and Chautauqua.

From 1935-47 Hardenburg was a physical education instructor at Jamestown High School and Lincoln Junior High School. He also coached all sports at Lincoln and from 1945-47 Lincoln football, basketball and track teams won championships. He also coached Jamestown's semi-pro football team for two years in the early 1940's.

When not coaching, Hardenburg was playing baseball at Chautauqua Institution for four years. He also bowled on 11 championship teams and has won over 90 golf trophies and played in the New York State Amateur three times.

He refereed football and basketball from 1934-59 and was president of the Chautauqua County Basketball Officials Association for eight years. He was a starter for the Chautauqua County track meets for six years and officiated skating meets. He was also an instructor for the Red Cross Aquatic and Water Safety School, a member of the committee that started Little League baseball in Jamestown and was president of the Muny AA baseball league. 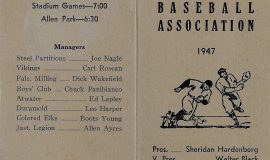 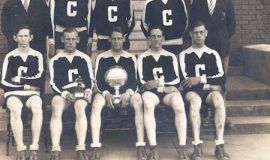 Shirt Hardenburg is in front row second from right. His Chautauqua High School basketball team was the Chautauqua County High School Champions from 1926-1928. 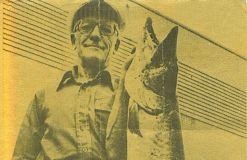 Sheridan Hardenburg and his catch of the day. 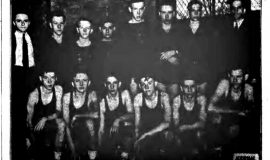 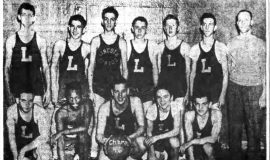 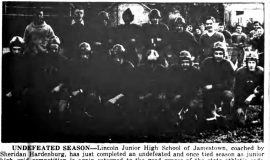 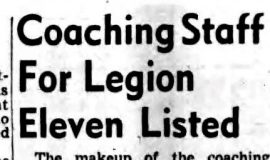 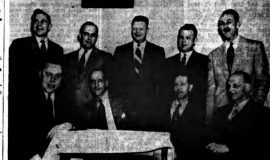 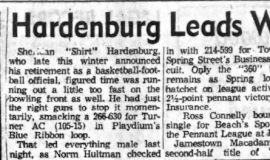 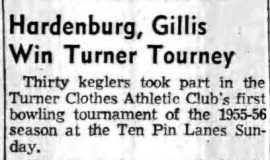 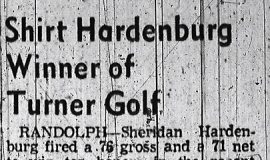 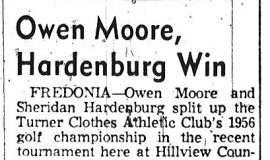 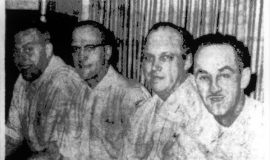 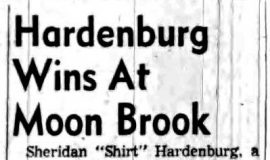 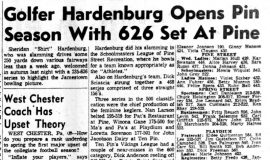 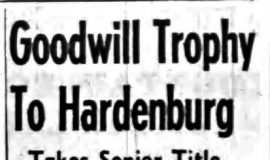 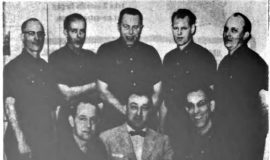 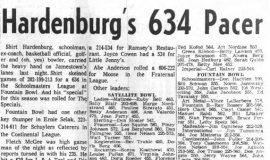 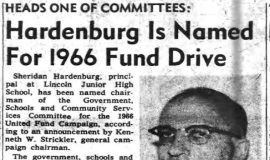