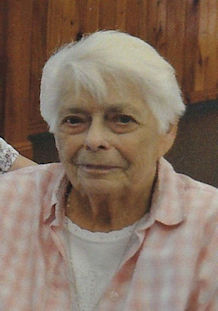 Shirley A. Smith, 87 of Frewsburg, formerly of Gerry, passed away Sunday, March 12, 2017, at UPMC Chautauqua WCA.Born July 25, 1929, in Buffalo a daughter of the late Willard C. and Coralyn Hunt May. She was a 1947 graduate of Cassadaga Valley Central School.

She assisted her husband with the daily operation of the former Richard C. Smith Agency.

A Red Cross Volunteer in the 1950-1960s, she assisted with the Blood Mobile, swimming program and first aid classes. Shirley taught and coached swimming at the YMCA, coached swimming at the Jamestown Boy’s Club and Jamestown High School. She also officiated at local and USA Swimming meets including the USA Swimming National Championships and received the Kenneth J. Pettigrew Award in 1999.

Shirley was inducted into the Chautauqua County Sports Hall of Fame in 1995.

She bred and showed champion Schipperke’s for 30 years and was a member of the Erie Canal Schipperke Club member and past president of the Schipperke’s Club of America and past member of the Conewango Valley Kennel Club. She is also a former member of the Christian and Missionary Alliance Church, where she was active in various ministries especially music.

Wife of 68 years to the late Richard C. Smith, whom she married Sept. 26, 1947; mother of, Sheryl (Dennis, Sr.) Griswold of Springfield, MA. and Dale Smith of Frewsburg; grandmother of Meredith and Dennis Griswold, Jr.; sister of the late Willard L. May. Also survived by nieces and nephews.

A private service will be held at the family’s convenience.